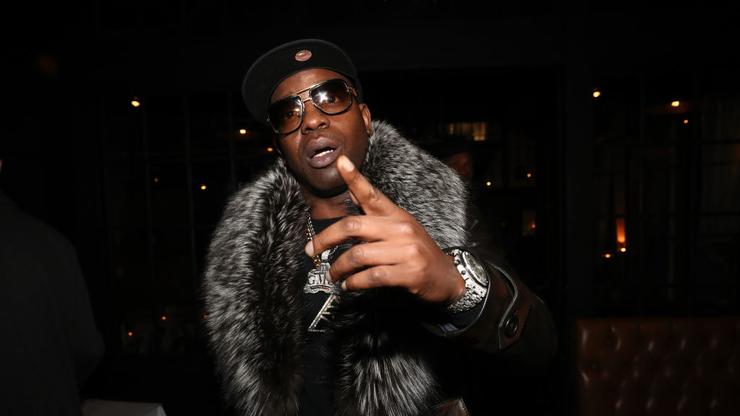 It’s about that time. Though he almost didn’t step up for the occasion, Uncle Murda has officially kept the streak going with another incendiary, hilarious, and respectfully disrespectful year-end “Rap Up.” And given how many events have transpired throughout this damnable year, the brutally honest rapper had his work cut out for him on this one.

Clocking in at over thirteen minutes, Murda made sure to circle back to many of the year’s notable events, touching on the triumphs, tragedies, and antics that made 2020 one for the books — for better or worse. Given how much there is to unpack on this one, we’ve opted to compile a collection of some of the wildest, most disrespectful bars delivered throughout. With references to 6ix9ine, Boosie, Dr. Dre, Jeezy, Gucci Mane, Will Smith, Lil Wayne, and many more, it’s safe to say that Uncle Murda has once again left no stone unturned.

Be sure to throw on the “Rap Up 2020” below and check out some of the track’s best bars.

“I’m a fan heavenly father but right now I’m booing you / what did Kobe, Gigi, and them other passengers do to you? / my condolences at this time is all I can offer / Kobe got me spending more time with my daughter / taking Kobe from us had the whole world stressed / you could have took an average player not one of the best / someone like Lamar Odom or Delonte West / I’m just playing but I’m saying we would have missed them less.”

“Pandemic got n***as eating like Action Bronson, catching the corona like Magic Johnson / is it real is it fake, I know shit sad / people dying from it off some shit that they been had / they say Trump had it but I think he was faking it / they got a vaccine now but I still ain’t taking it.”

“I’m not a big fan of the next line I wrote, I hate the fact I gotta say rest in peace Pop Smoke / the good die young it really wasn’t his time / him being dead, Tekashi still living is a crime.”

“Megan saying Tory shot her, he saying she capping / the people that was in the truck with them told me what happen / he wanted that wet-ass-pussy, she didn’t give him none / she hurt Tory ego and that’s why he pulled out a gun / then she tried to leave and that’s when he start clappin / I made that whole shit up but that sound like what really happened / if he really did shoot her that was some lame shit / she snitchin’ now but she a girl so it ain’t the same shit.”

“Trying to call it an entanglement so it ain’t sound like nothing / but it’s called cheating Jada, you and August was fuckin’ / got Will Smith out here looking like a whole sucka, wonder how Jaden and Willow feel about their mother / Fuck that Red Table let’s discuss some other shit, I wonder did Will ask Jada did she suck his dick?”

“Dr. Dre wife tried to get 2 mill a month / I know Dre happy that she signed that pre-nup / Dre my n***a it’s been [?] in the street / how much of that man’s money she trying to keep? / she wasn’t with him in the studio making them beats.”

“Boosie was being too thirsty I’m just being honest, if doing too much was a person / they deleted his account now his shit ain’t working / Instagram missing you the internet fuck with you / in the interview with Mike Tyson you looked uncomfortable / for talking bout Dwyayne Wade’s son he was pressing you / asking you if you was gay, he was disrespecting you / never seen Boosie Badazz talking so polite / he ain’t want no smoke with that n***a Iron Mike.”

“All these rappers getting shot and not one bullet hit Tekashi / they really let that n***a out early and kept Bobby.”

“Jeezy shouldn’t have battled Gucci knowing he was going to rap about killing his homie Pookie / I get it but fuck all that culture shit / you disrespect my dead homie I’m popping off, battle over with.”

“N***as on the street saying that Jeezy lost it / that was some sucka shit, he moving too corporate / I ain’t with that c**n shit I’m with that rah-rah / Jay-Z wouldn’t have battled Nas if Nas killed [??] / Pookie rolling in his grave you got him hurt / watching you perform with the n***a that put him in the dirt.”

“White people was out here screaming ‘Black Lives Matter’ / and honestly I think that was making the police madder / and all Donald Trump did was talk about the looting / nothing about the knee on the neck or police shooting / he was encouraging the police violence / Trump dumbass told us take Lysol for the virus.”

“Lil Wayne and Lil Pump jumped on Trump dick / now they looking stupid for doing that dumb shit / and he lost the election, you know he embarrassed / cause he know he ain’t lost to Joe, he lost to Kamala Harris.”

“Pharrell went on Drink Champs talking some stupid shit / just cause you pay taxes don’t make it cool to snitch / I hear about certain shit and I shake my head and smile, R. Kelly got beat up in jail — good for that pedophile.”

“Adrian Broner was on the Cash Me Ousside girl page / in her DMs oh he ain’t know she underage / Floyd Mayweather struggled with saying ‘epidemic’ / Everyday Struggle got cancelled, they fired Akademiks.”

“Nicki had a baby, congratulations / her husband and Meek almost got in an altercation / they should have just got it on like nobody get the blicky / it would have been funny watching them fight over Nicki.”

“I don’t care if it still stink, I’ma leave her alone / even if she out here wishing R. Kelly was home / Nick Cannon got fired for hating on white people / he was wilding out, he forgot he work for white people.”