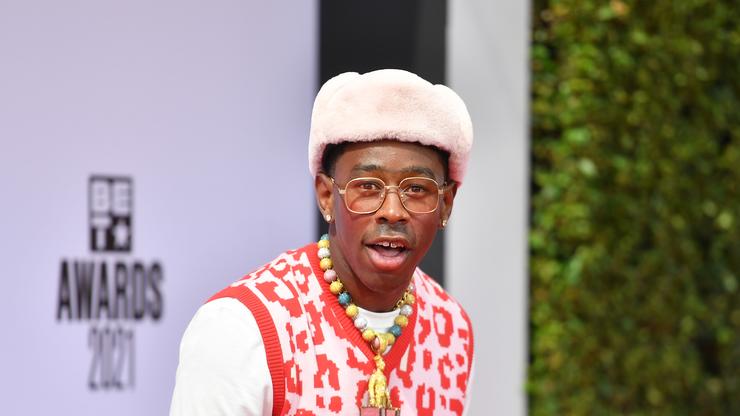 Last night, some of the biggest names in the music industry made their way to Atlanta for the 2021 BET Hip Hop Awards. The show won’t actually be broadcast until Tuesday, but we’ve already gotten a sneak peak at what some stars wore to the event, and who is going to be honoured this year.

According to The Source, 30-year-old Tyler, the Creator will be among those receiving a very special prize. The IGOR rapper has been chosen to receive the Rock The Bells Cultural Influence Award, which will be presented to him by LL Cool J.

“I am proud to honor Tyler, The Creator, with the first-ever Rock The Bells cultural influence award, which celebrates an artist who continues to break down the conventional boundaries of hip hop culture,” the “Mama Said Knock You Out” singer said in a statement.

The new award was created to recognize a “younger, innovative, otherworldly artist that has significantly impacted the culture — while uplifting their community.” Sounds like it’s something that the California native greatly deserves.

While we don’t know who all the other awards will be handed out to, we do know that Summer Walker caused something of a stir on social media after she was banned from attending the BET awards “because of COVID restrictions.”

The singer still made her way to Atlanta, where she broke the news from outside the building that her highly anticipated sophomore album is set to be released later this month.

What artists are you excited to see take the stage at the 2021 BET Hip Hop Awards? Let us know below.