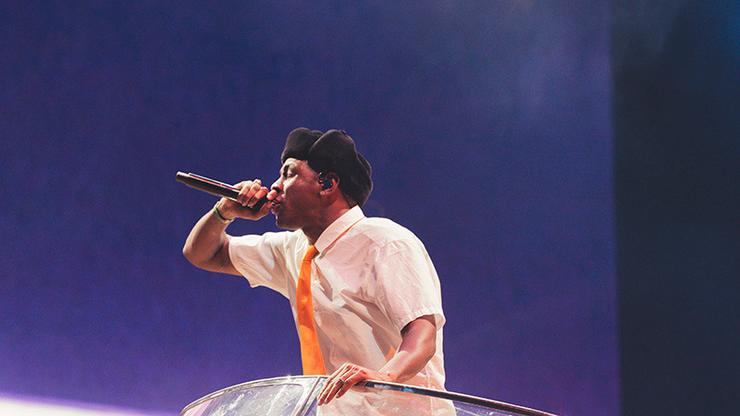 During a recent interview with Fast Company, Tyler, The Creator suggested that he has considered using his legal name, Tyler Okonma, more often in the future. However, as media outlets have stated that he might be changing his stage name, Tyler has pushed back against those reports, clarifying what he meant in a series of since-deleted tweets.

On Wednesday night (December 29), Tyler took to his Twitter page to send off some all-caps posts about his words being taken out of context. He said that he never explicitly said that he was thinking of changing his name, despite claiming in the interview that we will be seeing him use his government name more frequently in the future.

“I NEVER SAID I WAS CHANGING MY NAME, ARE YOU STUPID? YES,” he wrote on Twitter. “WILL EMBRACE MY LAST NAME MORE, LESS WOLF HALEY, NEVER SAID I WAS GONNA CHANGE MY STAGE NAME, WHAT YO EARS ON BRO?”

He moved on from the touchy subject to explain why he used all-caps for the post, saying, “ALL CAPS MAKES YOU THINK THE PERSON IS MAD OR SOMETHING HA, WILD IT GIVES OFF THAT EMOTION JUST BEING UPPERCASE.”

Watch the clip below, during which he discusses the origins of his stage name and why he thinks his “Creator” moniker is “dumb.”