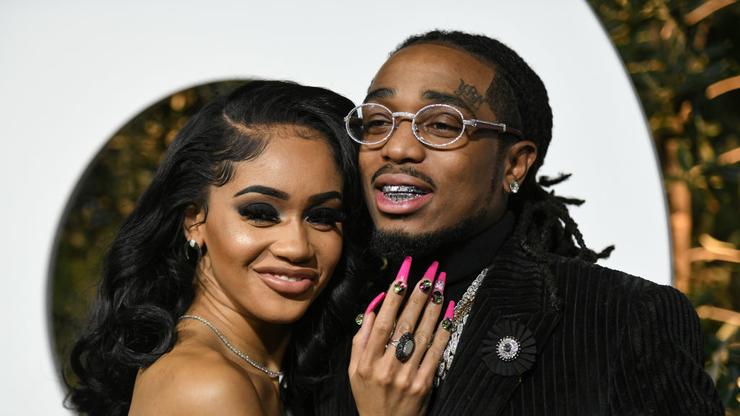 Quavo and Saweetie are trending after it was rumored that they have been “quietly” spending time together.

Word on the street is that Quavo and Saweetie have been “quietly” spending time together again, five months after they publicly broke up. While neither of the two rappers has confirmed the speculation, people are catching wind of the news, and they’re going crazy over it on Twitter.

On Tuesday afternoon, just a few hours after the rumors started picking up steam, Quavo‘s name started trending on the platform as people share their opinions of their rumored reunion. For the most part, Quavo is being celebrated for his toxicity, appearing to get his girl back even after having her Bentley repossessed. As for Saweetie, fans are upset that she would even consider speaking to her ex after everything he put her through, especially since it played out in the media.

Already, some fans have shared Drake’s video response to Kanye after the rapper leaked his address, using Drizzy’s laugh to explain the Quavo/Saweetie situation. Others are letting it be known that they predicted this reunion way back when the elevator video was released, showing the former couple getting into a physical altercation.

Regardless of what’s happening between Saweetie and Quavo, take a look at how the world has reacted below. We will continue to keep you updated as more information comes out regarding their rumored reunion.