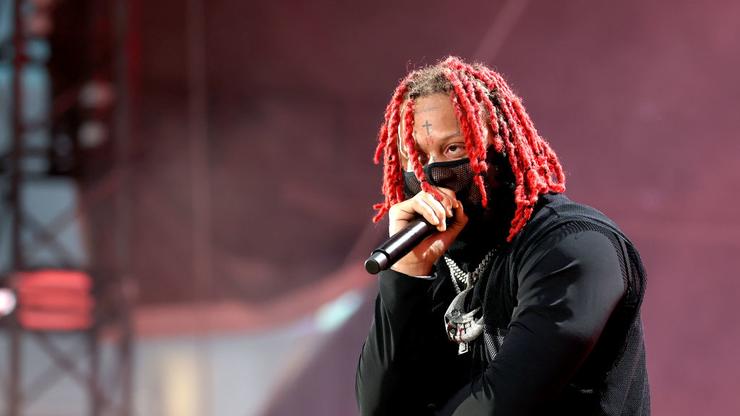 PNB Rock’s death sent a shock wave through the music industry. Many compared the “Selfish” rapper’s death to that of Nipsey Hussle and Pop Smoke, who were both senselessly gunned down in Los Angeles. Though some folks blamed the late rapper’s death on his girlfriend who posted their location at Roscoe’s Chicken & Waffle’s on Monday, others broke down various other ways that the gunman caught wind of PNB’s location.

Activist Tamika Mallory told TMZ, “It’s dangerous for Black men to simply exist.” She added that most of the crime in the Black community boils down to poverty and folks being in dire straits to make ends meet. Music exec J. Prince recently slammed folks for shaming PNB’s girlfriend, writing, “To all of you dumb motha****as blaming his girlfriend for his death, you’re wrong as 2 left shoes.” He continued, “I believe the root of the problem is wearing jewelry without proper security.”

Trippie Redd shared similar sentiments as Prince. In a recent Instagram post, the “Demon Time” rapper reflected on his relationship with PNB Rock, and even called on the record label to provide security for artists. “I keep losing my friends to gun violence I want all my friends to start having a guard or 2 it honestly should be on the label to get u protection,” Trippie wrote. He added, “That’s one thing I used to tell xxx is let’s stop riding around in the i8 just me and u while ur paid security sleep at the house we in the club just us.”

Do you think rappers should have full time security? Share your thoughts with HNHH.