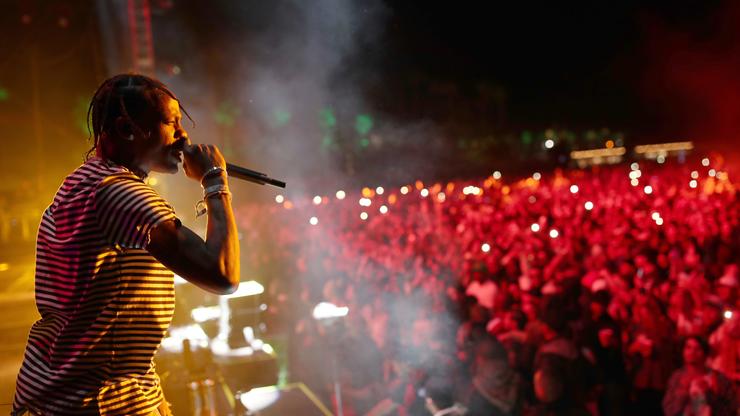 Travis Scott is scheduled to headline his first music festival since Astroworld, at Primavera Sound, later this year.

Travis Scott will be headling his first music festival since the Astroworld tragedy, later this year, for three South American editions of Primavera Sound. The events will be held in Santiago de Chile on November 7-13, Buenos Aires on November 7-13, and São Paulo on October 31-November 6.

In addition to Primavera Sound, TMZ reports that sources tell the outlet Scott is expected to land three U.S. festival performances at some point soon.

While Scott hasn’t headlined any festivals yet on his return, he played five songs at a Coachella afterparty for a private audience, earlier this month. He also teamed up with Southside and Future for the new single, “Hold That Heat.”

In addition to popping up on Future’s track, Scott has hinted at releasing new music of his own. Earlier this month, he rented out several billboards hinting at his long-awaited album, Utopia.

“PSST…,” “WRONG WAY!” and “Looking for UTOPIA?” the billboards read.

The 2021 Astroworld Festival was held back in November. After a fatal crowd crush occurred during the first night, killing 10 concertgoers, the rest of the event was canceled. Scott back out of several scheduled performances afterward and multiple sponsorship deals were postponed.

Check out the full lineups for Primavera Sound below.