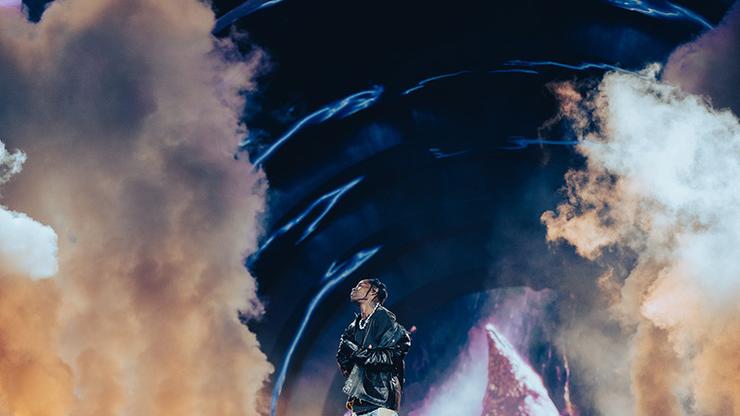 Houston Fire Chief Samuel Pena says that Travis Scott should have paused the show when he saw what was happening.

Our hearts continue to be with the families and loved ones of the victims of the Astroworld tragedy. As several days have passed since the tragic events in Houston last weekend, rapper Travis Scott has issued a couple of statements, including a video message that did not receive the best reception online. Other parties involved in the festival, including Drake, who performed at the end of the night with Travis, and Kendall and Kylie Jenner, who were spotted in the VIP area during the show, have sent out their own statements about Astroworld.

More information continues to seep out as the Houston Police Department and Houston Fire Department investigate what could have led to the crowd surge. During an appearance on the Today show on Tuesday morning, Houston Fire Chief Samuel Pena spoke about the tragedy, claiming that he personally thinks that Travis Scott should have stopped performing to assist the crowd after realizing what was happening.

“The artist has command of that crowd,” said Pena to Savannah Guthrie. “In my opinion, and this is my opinion right now because everything is going to be fleshed out throughout this investigation, but certainly, the artist, if he notices something that’s going on, he can certainly pause that performance, turn on the lights and say, ‘Hey we’re not going to continue until this thing is resolved.'”

Eight people between the ages of 14 and 27 have been declared dead from the crowd surge. A 9-year-old boy is currently fighting for his life in the hospital, as his family states that his organs are damaged and his brain is swollen after being trampled. However, Pena isn’t ready to say if Scott is to blame for the incident.

We will continue to keep you updated as this develops.