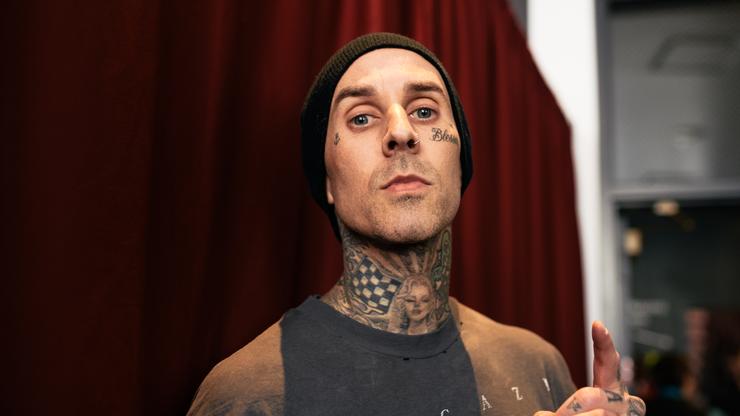 Travis Barker says that “anything is possible” with Kourtney Kardashian after flying for the first time since surviving a 2008 plane crash.

Travis Barker celebrated flying for the first time since surviving a deadly 2008 plane crash by thanking his partner, Kourtney Kardashian, who helped him to overcome his fear. The Blink-182 drummer traveled from Los Angeles to Cabo San Lucas, Mexico, on Saturday, aboard Kylie Jenner’s private jet.

“With you anything is possible,” Barker captioned a photo of himself with Kardashian on the runway.

Earlier this week, a source close to Kardashian confirmed that she was working to help Barker overcome the fear to E!: “His life has completely changed since he has been with Kourtney and he feels ready to do anything. She’s helped him overcome this fear and he feels like he can do anything with her by his side. He has been wanting to fly for awhile and he felt like finally the time was right.”

Barker has expressed hope to be able to fly again in recent months, and about his desire to lift off back in June.

In a recent interview with Men’s Health, he also spoke about recovering from his trauma: “Now it’s been so many years, it’s getting easier for me. There are days where I’ll wake up and never think about it.”

After landing in Cabo, Barker and Kardashian were met by Kris Jenner and her boyfriend Corey Gamble.