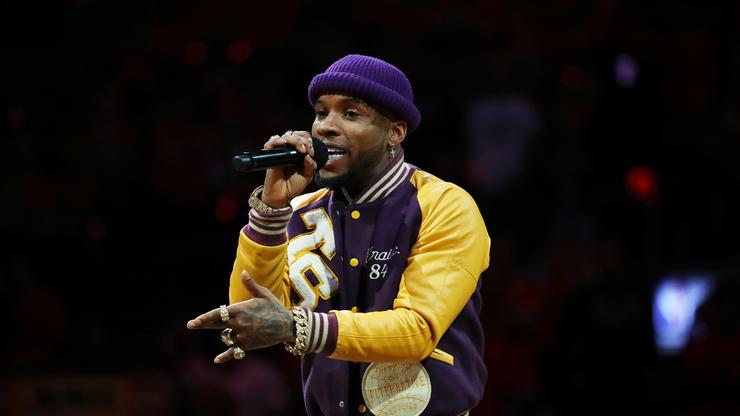 Tory Lanez traveled down to the southern border in Texas to help Haitian migrants who have limited supplies and many of whom are being deported by the U.S. government. Lanez described the conditions as “Heartbreaking” in a tweet, Saturday night.

“Truly heartbreaking to see all of the Hatian [sic] migrants having to live in the conditions they were in … today I bought 50,000 $ worth of Essentials Products + Clothes for em ! Its not a game !! 2 things they really need are TENTS and TARPS,” he wrote on Twitter.

Many of the migrants have been traveling throughout South America in the decade following the 2010 earthquake. Outside of Del Rio, Texas, a camp populated by an estimated 15,000 refugees formed at a bridge.

“I have seen some of the footage. I don’t have the full context. I can’t imagine what context would make that appropriate, but I don’t have additional details,” she told reporters at the time. “I don’t think anyone seeing that footage would think it’s acceptable or appropriate.”