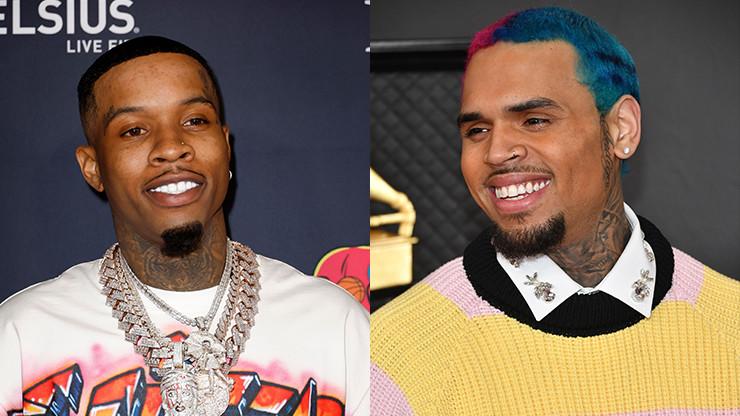 Tory Lanez had some heavy praise for Chris Brown’s upcoming album, for the second time.

Chris Brown has been teasing the release of a new album for months now. Last month, things finally started to snowball when the R&B singer posted a picture on his Instagram that read, “Breezy,’ coming soon.” Not long after, he announced that Breezy would be dropping Friday, June 24.

As we look forward to the release of Brown’s 10th studio album, his peers are letting us know what to expect. Earlier today, Tory Lanez shared a tweet hyping up Brown’s album.

“Mark my words ….. @chrisbrown is going to drop in a few … AND HES GUNNA FUCK THE WHOLE SUMMER UP I heard the album dawg … LIEK 3 months ago ….the nigga got this song called “pass the time” …..OMGSH but beyond that whole album is all BANGERS . WATCH NIGGA.”

As Lanez said, he got the chance to listen to Brown’s album months ago, and he was just as enthusiastic then about Breezy as he is now. In April Lanez first wrote on Twitter concerning the album, “This N***a @chrisbrown played me some new music a few nights ago,” he tweeted. “THIS N***A IS BOUT TO GO SO CRAZYY ….. every song was a banger! Like every one.”

The Canadian singer-slash-rapper is rumored to be featured on Brown’s forthcoming album. Last month Brown wrote many of his peers’ names on his IG story without much context, Lanez included. The other artists were WizKID, Yung Bleu (or BLEU), Ella Mai, H.E.R., Lil Wayne, Blxst, Anderson .Paak, Jack Harlow, Fivio Foreign, and EST Gee. Despite the lack of confirmation, fans quickly speculated that the artists listed are all Breezy collaborators. Furthering this theory, the singer dropped off a new Breezy single last Friday, titled “Call Me Everyday,” featuring WizKid. The song title was also included on a tracklist Brown shared on his Instagram earlier this month too.

Check back for Chris Brown‘s new album on Friday.