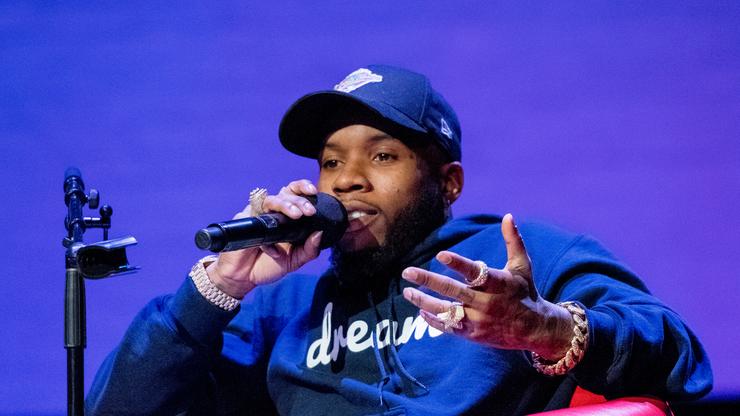 Tory Lanez was detained at the airport in Las Vegas for attempting to travel with weed in his bag.

Tory Lanez was stopped by TSA at an airport in Las Vegas on Sunday after a “large” amount of marijuana was found in one of his bags, law enforcement sources tell TMZ. While he was detained at the airport, TSA eventually let him proceed after confiscating the federally illegal drug.

While there is reportedly still an ongoing investigation that could result in a citation, it is unlikely Lanez faces any further legal ramifications. Marijuana is currently legal in Nevada; however, since Lanez was attempting to fly with it on him, that would fall under federal jurisdiction, where it is yet to be legalized.

Having missed his flight out of town, Lanez has signed on to perform at the nightclub, Drai’s, on Sunday night.

Lanez has yet to comment publically on the incident.

A drug offense would be yet another legal burden for Lanez, who has already been hit with two felony charges, one for assault with a semiautomatic firearm, and another for carrying a loaded, unregistered firearm in his vehicle, relating to the shooting of Megan Thee Stallion in 2020.

Lanez was recently remanded to police custody in court after violating the discovery protective order and personal contact order in the case regarding Megan Thee Stallion. A judge explained at the time that some of his social media posts “seem to be clear messages” to Megan.