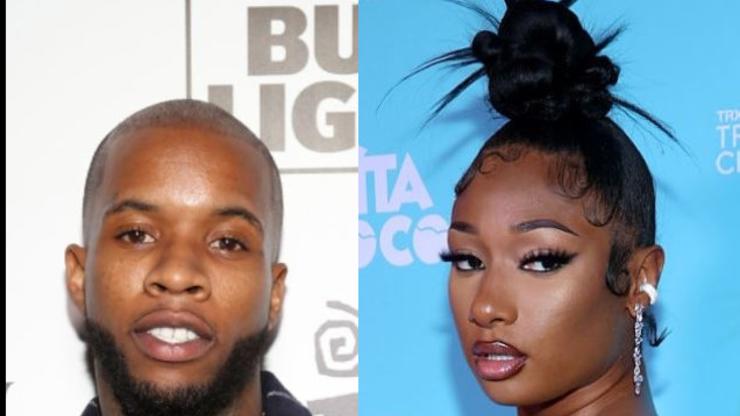 Rolling Loud Miami fans may have been excited to see Tory Lanez grace the stage with DaBaby, but prosecutors have alleged that he came a bit too close to Megan Thee Stallion. DaBaby’s homophobic comments have stolen attention ever since the rapper performed at the Florida festival, but that wasn’t the only portion of his appearance that ruffled feathers. Lanez was DaBaby‘s surprise guest, and because Megan was also there, prosecutors allege that the Toronto artist violated the protective order set in place.

Last month, we reported on the news that Miami police were notified about a possible violation of the order after Lanez allegedly arrived at the festival just an hour following Megan’s performance. A judge previously ordered for Lanez to reportedly stay 100 yards away—the equivalent to a football field—from the Houston rapper.

On Friday (August 13), TMZ reported that prosecutors in the shooting case are going after Lanez. They are said to have “filed a motion to hold Lanez in contempt for violating the restraining order that was issued in his ongoing criminal case.” The outlet states that prosecutors are seeking for a judge to revoke his bail or “at the very least increase” it.

If his bail is revoked, Lanez could be arrested and held until his trial begins. TMZ reports that prosecutors claim Tory and DaBaby “attempted to rush the stage while Megan was performing,” however, the outlet’s “sources” say otherwise, stating that Lanez was nowhere near Megan at any point during Rolling Loud.

Prosecutors will reportedly learn of the judge’s ruling during a hearing on August 19.