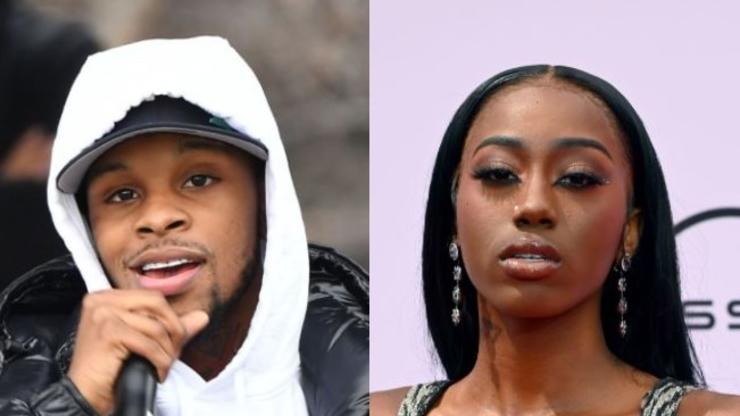 The two rappers are both included in this year’s XXL Freshman class.

The topic of colorism has once again taken center stage thanks to a tweet from Toosii. There has been an influx of women in Rap over the last few years and the Hip Hop industry is finding that several artists are carving out their paths to the top of the charts. We’re seeing women dominate thanks to several factors, as Nicki Minaj, Cardi B, Megan Thee Stallion, Rico Nasty, Doja Cat, Aian Doll, BIA, Chika, City Girls, Armani Ceaser, Rapsody, Latto, Yung Baby Tate, cupcakKe, Flo Milli and others steal the industry’s attention.

Yet, not everyone has welcomed these ladies with open arms, and there have been complaints and debates regarding lyrical content. As people weigh the differences between a rapper and an emcee while judging bars, Toosii delivered a tweet where he argues that Flo Milli isn’t getting the attention she deserves.

“I feel like cause flo milli a dark skin girl dat don’t got a fake body she don’t get the same look as the rest of a lot of these females who only rap about sucking d*ck,” he tweeted. Both Toosii and Flo Milli are in this year’s XXL Freshman class and the New York-born rapper believes his classmate is more talented than people give her credit for.

Flo Milli’s fans were quick to agree with him but many people argued that her content is comparable to other women rappers. Check out a few responses below and let us know if you agree with Toosii’s take about Flo Milli.