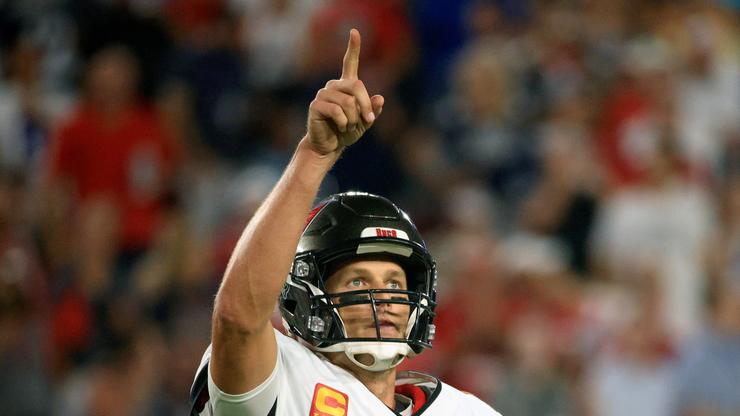 Tom Brady has stated for a while now that his goal is to play until 45.

Tom Brady is easily one of the greatest team sport athletes of all time as he currently has seven Super Bowls to his name and he has a very good chance of expanding that number to eight this season. His Tampa Bay Buccaneers are stacked on both offense and defense, which means if Brady can remain consistent, there is no reason why he can’t go out there and dominate for his team.

Brady is now 44 years old which means he is just a season away from reaching his ultimate goal of playing until the age of 45. This means Brady theoretically has two more seasons left in him, although in a new episode of “BRADY & GRONKY,” the legendary quarterback made a bold claim when asked by Rob Gronkowski if he would play until 50.

“Seems to be a really hot question lately. Can Tom Brady play until 50? Like 50 years old?” Brady explained. “I don’t find it so difficult. And plus, Florida is sorta a retire-y state, so I feel like I can play and then just guide into retirement. I think I can. It’s a yes.”

While Brady could have simply been speaking in jest here, it truly feels like he wants to play another seven seasons. That would be an improbable accomplishment although knowing Brady, we can’t put it past him.

The Bucs quarterback has been dominant throughout his 20+ years in the league and based on how he played against the Cowboys last week, that trend isn’t about to change.