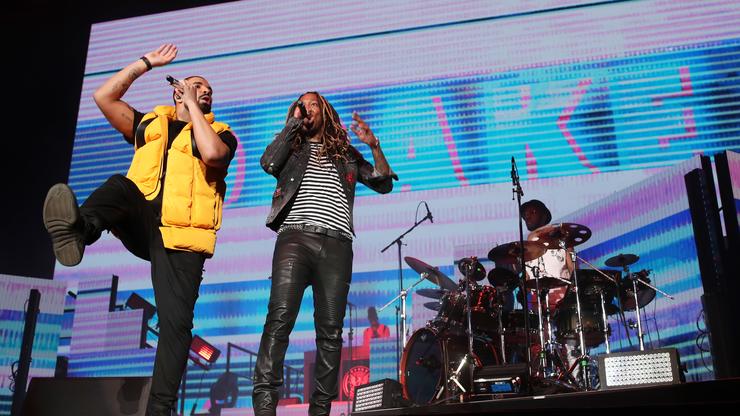 Drake, Future and Young Thug‘s Billboard #1 record took the internet by storm following the release of Drizzy’s Certified Lover Boy and hasn’t taken its foot of the gas since. Between the “I’m Too Sexy” sample, insane visuals featuring Drake in so many hilarious scenarios and 2019 NBA Finals MVP Kawhi Leonard and countless IG videos of “Way 2 Sexy” going off in the club, the record is as hot as ever and recently, producer TM88 had to explain how the whole thing came together.

After giving the beat to Future without knowing that Drake (or Thugger, for that matter) would ever get on it, producer TM88 says the “March Madness” rapper pushed to include the Right Said Fred “I’m Too Sexy” sample.

“That sample was actually Future’s idea. He was like, ‘Man, add this sample in there.’ And my boy who is his engineer, he was like, ‘I got it.’ He found the sample and put that little piece in the beginning. It happened to just ride through.”

Despite not knowing for sure that anybody else would be getting on the track, TM88 revealed that he *did* have a feeling Future had a certain Toronto rapper in mind the whole time.

“I feel like the whole time, in Future’s mind, he was going to put Drake on it anyway,” he said, also mentioning his surprise at the record hitting number one on the Billboard Charts.

“We tried these new drums from this kit we got, and man, it was going so crazy. I had to give it to Future. … And Drake getting on the song, you see what it did. It’s on one of his most anticipated projects, and it’s going crazy, spreading like wildfire. It just happened to be the single, which shocked me as well.”

It’s always interesting when those who create massive records like “Way 2 Sexy” give fans a window into the creative process and this  is no exception. The first number-one of TM88’s career, this record grew beyond what the producer believed it could. And even though everything Drake touches seems to go to #1, knowing that it was Pluto who masterminded the entire move to include that “I’m Too Sexy” sample makes it even more fitting that the track became the first number one of the Monster rapper’s career.

What do you think about how “Way 2 Sexy” came together? It’s been a couple weeks now and we gotta know, are you still bumping this one? Let us know in the comments.