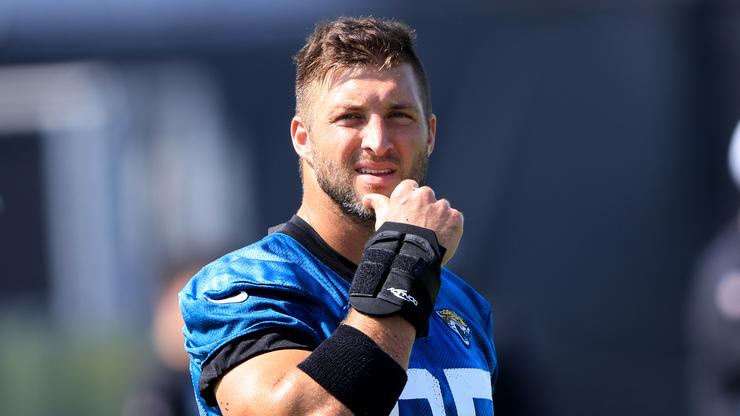 Tim Tebow is no longer apart of the Jacksonville Jaguars.

The Tim Tebow experience is officially over in Florida. The Jacksonville Jaguars announced Tuesday that they have released the veteran tight end, who in return thanked the organization for giving him a chance.

Tebow, 34, hadn’t played football since the 2015 NFL preseason and had spent the past six years working as a broadcaster on the SEC Network and working on his professional baseball career with the Mets. While the baseball career didn’t end like he wished, Tim decided to give football another try this season, teaming up with his old Florida head coach, Urban Meyer, down in Jacksonville in attempt of making the team as a tight end. Unfortunately, the cards weren’t in his favor again.

It’s unclear at the moment what Tim will do next for work, but something tells me this wont be the last we see from him. Don’t be surprised if you see Tim as a guest on ESPN this season for College football.

Do you think Tim Tebow should continue to follow his dreams or just retire already?