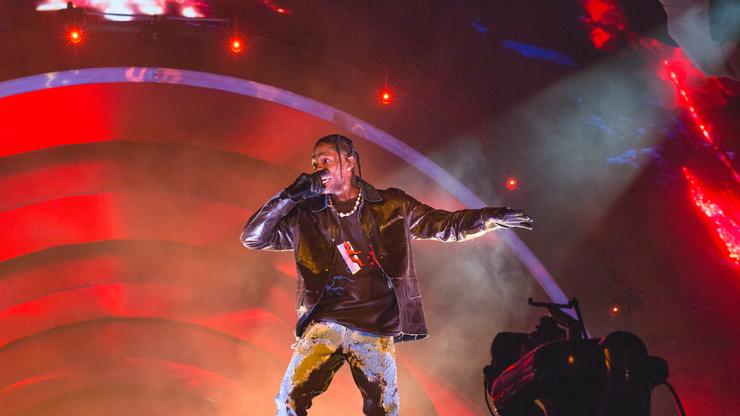 Some people on the app have been theorizing that the tragedy at Scott’s festival was more than meets the eye.

Since a mass casualty incident occurred at Astroworld Festival on Friday night, thousands of attendees of the event have flocked to social media to tell their stories. Many have shared accounts of rampant drug use around them, an inadequate and negligent security team, and one video even shows a member of production ignoring a woman, screaming at him in distress to inform him of the dead people she saw in the crowd.

While some people have solely been recounting the events that have happened to them firsthand, others have been conspiring that Scott’s festival may have had demonic ties. In fact, several accounts have compared being stuck in the crowd at the height of the tragedy to “being in hell.”

“It just felt like, we was like, literally in f*cking hell bro,” one distressed attendee said in a video that’s been making rounds across the internet. “It felt like we was in a concert in hell. You couldn’t breathe, you couldn’t see. Just imagine all the people they gonna find tonight who was in that crowd, who nobody could see, who nobody could hear, who passed out, and everybody was just trampling across them the whole f*cking concert.”

As you’ve likely heard, eight people are confirmed dead, and several others are in the hospital healing from injuries sustained at the show. Scott is currently in the midst of dozens of lawsuits from those who were effected by the tragedy, and has offered to pay for funerals and mental health support.

As Complex points out, these “demonic” rumours are troublesome to some, who simply don’t see Scott in that light. Others, however, have fallen head first down the rabbit hole of endless conspiracy theories that have been popping up. Those who are putting the content out there are raising points about the heavy symbolism present in the show, like the apparent burning of a white dove, the use of objects that appear to be portals, strange sound waves, and heavy use of eyes in promotional materials.

A TikTok spokesperson has said that the company is working on taking appropriate action. “Such content is in violation of our Community Guidelines and is being removed,” they told Complex today.

What are your thoughts on the Astroworld theories circulating around?