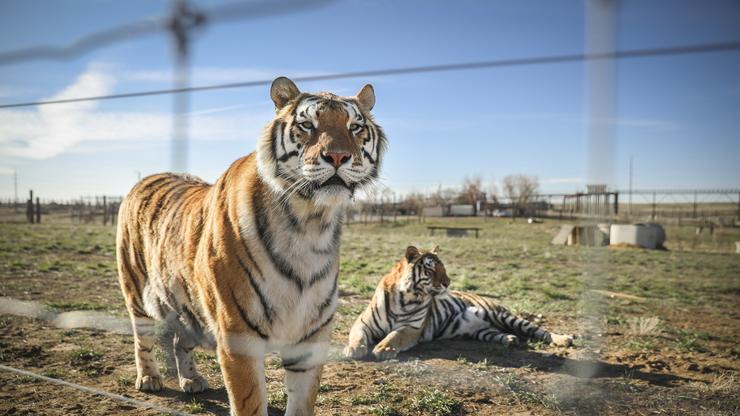 One of the stars from Netflix’s hit tiger breeding show has been arrested in South Carolina.

Doc Antle, real name Bhagavan Antle, was one of the eccentric characters who became popular figures on Neflix’s show Tiger King. He has been arrested in Horry County, South Carolina according to recent jail records. Federal law enforcement authorities have confirmed he is charged with money laundering and will be in court next week.

The 62-year-old was arrested by the FBI, not a local or state force. This is not his first legal battle, as he faced an indictment in Virginia in October of 2020 for trafficking lion cubs between South Carolina and Virginia.

Antle owns Myrtle Beach Safari, an interactive wildlife conversation project. He has been criticized often over the years from PETA and the general public for the number of celebrity visits he has allowed. Larsa Pippen and Chris Brown‘s daughter, Royalty, are among the celebrities that have visited the operation.

After Tiger King‘s massive success, Doc Antle became much more well-known. However, he’s been in the pop culture sphere since at least 2001, when he appeared alongside Britney Spears at her MTV VMAs performance. Britney even sat next to Carole Baskin after her performance, which is another weird link Britney shares with the show. Antle later spoke positively of the experience and has spoken on some of Tiger King‘s inaccuracies – according to him.

When he was indicted in October of 2020, he denied any such charges.

“I am terribly shocked and disappointed at the charges that have been filed against me by the Commonwealth of Virginia, and how they have sought to involve my daughters in this matter. I categorically deny any act or conduct that could ever be considered as “animal cruelty.”

Antle’s arrest follows Joe Exotic’s 21-year-sentence in January of this year for conspiracy of murder and mistreatment of tigers and cubs.