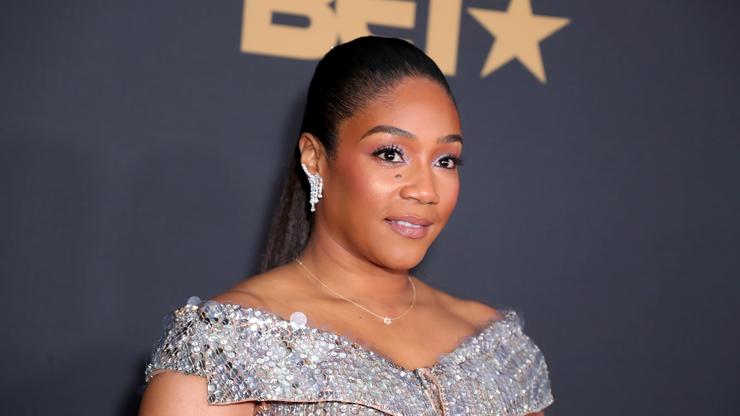 Like so many others, Tiffany Haddish is currently grieving the deaths of actor Michael K. Williams and comedian Fuquan Johnson. The actress recently ran into TMZ while leaving the set of Jimmy Kimmel Live!, and they promptly asked her how she’s been dealing with the loss of her two friends.

“I didn’t know he was into whatever he was into,” Haddish said of Johnson, referring to his drug use. “I just knew he was a very funny guy. We had a lot of fun together and we used to laugh a lot. I’m wishing his parents and his family as much healing as possible.”

The Carmichael Show star then went on to talk about how Williams’ death “really messed [her] up.”

The actor, who was found dead in his New York apartment by his nephew earlier this month, died of an alleged overdose; the same cause of death that was declared for Johnson.

The 41-year-old looked back on her memories with the two, remembering the times when Williams would make an appearance at her comedy shows, sometimes bringing Johnson along to share in the laughter.

Haddish also shared that the Lovecraft Country actor had called himself “a fan” of hers before anyone else was aware of her existence, clearly a very special memory for the actress.

The interviewer then shared a heartbreaking statistic with the Los Angeles native – over 93,000 people died as a result of drug overdose in 2020.