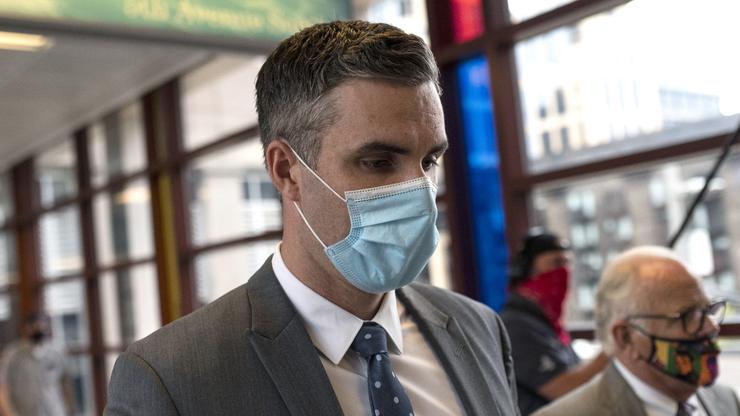 Thomas Lane has been sentenced to three years on a state charge for the 2020 murder of George Floyd.

Former Minneapolis Police officer Thomas Lane, who held down George Floyd’s legs as he was killed in May 2020, was sentenced to three years in prison on Wednesday. Lane has been charged with aiding and abetting second-degree manslaughter.

At the sentencing on Wednesday, prosecutor Matthew Frank read a victim impact statement on behalf of Floyd’s family.

“We want everyone here today to know we will never move on,” the statement reads. “You will always show up for George Floyd, but never move on.”

Lane did not address the court.

Back in May, Minnesota Attorney General Keith Ellison said he was pleased to hear of the plea deal: “I am pleased Thomas Lane has accepted responsibility for his role in Floyd’s death. His acknowledgment he did something wrong is an important step toward healing the wounds of the Floyd family, our community, and the nation.”

As part of the deal, Lane will be able to serve both his federal and state sentences simultaneously.