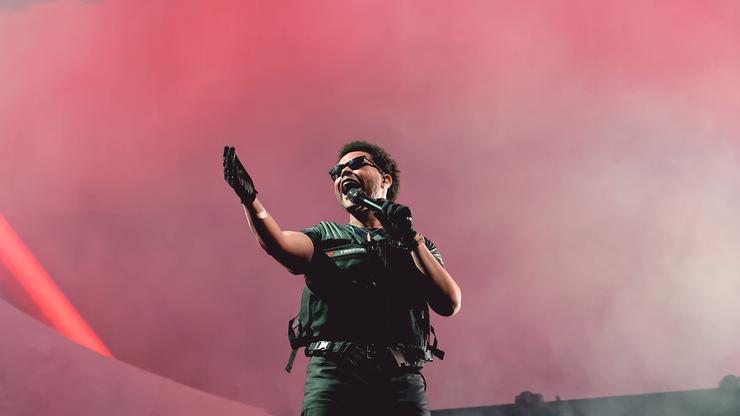 Abel Tesfaye wasn’t too tired to tear up the town with Shawn Mendes after performing at The Hard Rock Stadium in Florida on Saturday.

Canadians know how to stick together.

Around the same time that Drake was snapping photos with Avril Lavigne and and Fefe Dobson at his Young Money Reunion show on Saturday (August 6), The Weeknd was down in Miami, partying the night away alongside his fellow Ontario-born singer, Shawn Mendes.

As per Page Six, the Dawn FM hitmaker went club-hopping after performing a sold-out show at The Hard Rock Stadium in Florida. The evening began at Liv nightclub, where Abel Tesfaye and his entourage pulled up around 2 AM.

Mendes had already been partying in the DJ booth alongside club owner David Grutman, and the vocalist didn’t hesitate to join them. “Kaytranada was performing his set with The Weeknd got on the mic and performed a handful of songs for screaming fans,” a source spilled to the outlet.

“Shawn also hung out in the DJ booth the entire night and seemed to be having a great time singing along to the lyrics,” they added.

Around 3:30 in the morning, the party moved over to mega club E11even. “[The Weeknd] arrived with a large crew of about 50 people and partied right in the center of the club,” reports reveal, adding that they turned up until nearly seven in the morning.

It’s worth noting that the “Save Your Tears” singer’s group didn’t include any ladies, but he and his boys ordered “tons of bottles” of Don Julio 1942 to aid in their celebrations.