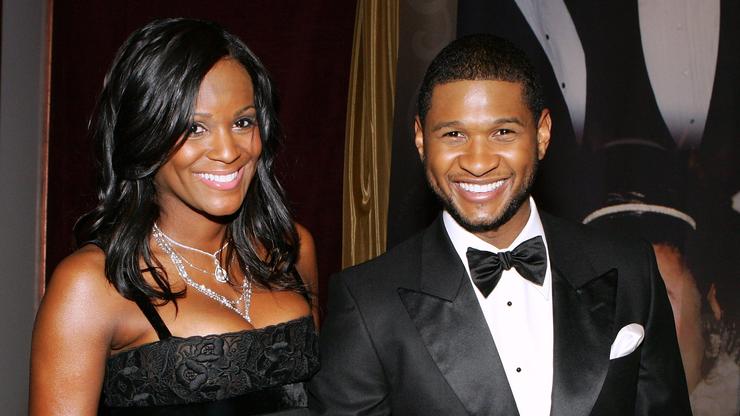 The singer’s ex-wife shared a tale in her memoir about an unfortunate incident that allegedly occurred while they were dating.

They seem to be happily co-parenting now, but the relationship between Usher and ex-wife Tameka Raymond was once riddled with scandal. The pair met while she was working as his stylist and were married in 2007. In 2009, they decided to divorce, and by that time they had welcomed two sons. Later, a bitter custody battle played out in front of a global audience waiting for the next bite of gossip.

Back in July, Foster shared her memoir, Here I Stand… in a Beautiful State, and inside, she revisits some moments during her relationship with the music icon.

Foster recently sat down with Jason Lee of Hollywood Unlocked and was asked about a certain mention in her book where she detailed catching Usher with another woman. According to her, they were dating at the time and were exclusive, so she stopped by to see what he was up to and found him in a compromising position.

Lee was sharing the story and mentioned that Foster snatched the woman up, but she laughed and denied the accusation. “I have the potential to snatch some wigs, however, I did not on that day…well, maybe I did,” she admitted. “I didn’t touch a girl. I was mad at him. My anger was directed in the right direction.”

“You gotta read the book,” Foster added. “I want your viewers to actually order and read the book because I think they will be pleasantly surprised about how things really went and my position on things. There’s some funny stories in there and that’s one of the funniest ones.”