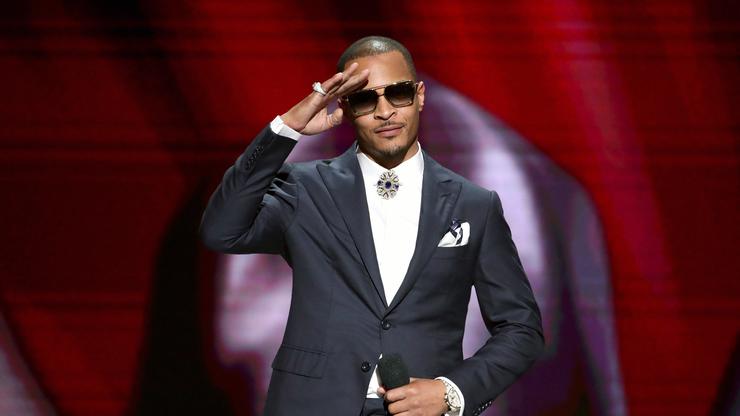 The 40-year-old has been sharing at look at life from the director’s chair on his Instagram.

After appearing in Dolemite Is My Name, Ant-Man, and Sleepless, it’s easy to see that T.I. knows his way around a film set. The controversial rapper has been spotted hanging out on set once again, but this time around, he’s sitting in the director’s chair.

The “Whatever You Like” singer revealed via Instagram that he’s currently filming a new series titled Da’Partments. “Director vibes w/ da #VisionMob,” the 40-year-old captioned a recent photo dump.

As it turns out, T.I.’s 17-year-old son, King, will also be starring in the series. A clip of the teen acting as a hard-at-work hustling water boy has been floating around online, leaving fans curious about what’s to come.

The Atlanta native is keeping details under pretty tight wraps for the time being. Filming has only just begun, but he has shared a few behind-the-scenes snaps with his followers on Instagram, revealing that this project has been in the works for over a decade.

“I’ve had this show concept in development since I wrote this song in ’09-’10… ain’t never no biting off another person’s ideas… & ain’t neva no hatin when someone adds to ideas of mine,” he wrote, clearing up speculation that the rapper had stolen his idea from Desi Banks and Parlae.

“However I’d love to work with boffum on whatever they got goin on & they always welcome to work wit me on my project. It’s the Atlanta Way.”

T.I. has also claimed that Da’Partments set is “the funniest in the world,” and that several members of the cast and crew keep everyone crying from laughing so hard on a regular basis.

See more of the rapper’s on set photos below.