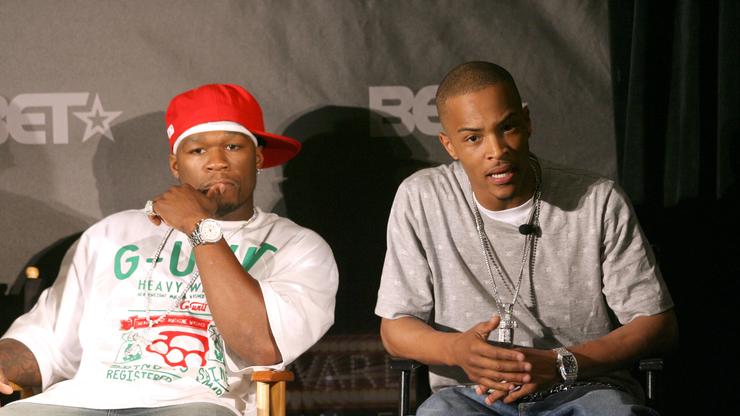 T.I. refutes claims that there’s any beef between him and 50 Cent.

There’s no denying that there appeared to be some sort of tension between 50 Cent and T.I. The two rappers exchanged words during the pandemic while T.I attempted to gain an adversary from New York on Verzuz. Ultimately, Fif declined the offer but relentlessly trolled T.I in the aftermath of it all, which some believed cost the King Of The South a role in the Power universe.

Earlier this month, Gianni Paolo, who plays the role of Brayden Weston, told TMZ a rumor was floating around that T.I. was initially cast as Davis Maclean, the attorney that’s played by Method Man. “We showed up to set, and Method was there. They didn’t really tell us,” Michael Rainey added. It was suggested that there may have been a feud between Fif and T.I. that led to Method Man’s appearance on the show.

During a recent appearance on Tony The Closer’s podcast, T.I. cleared the air on his relationship with 50 Cent. He denied there is any truth to rumors that he was initially cast as Davis Maclean. He added that he and Fif have worked together in the past and have a lot of respect for one another.

“50 and I, we were executive producers on a different show outside of the Power universe. But nah, me and 50 cool,” he said. “I think I’m the only one who is not offended by his brash approach and he’s not offended by mine. So, you now, we play rough but ain’t no issue. It’s a mutual respect, though.”