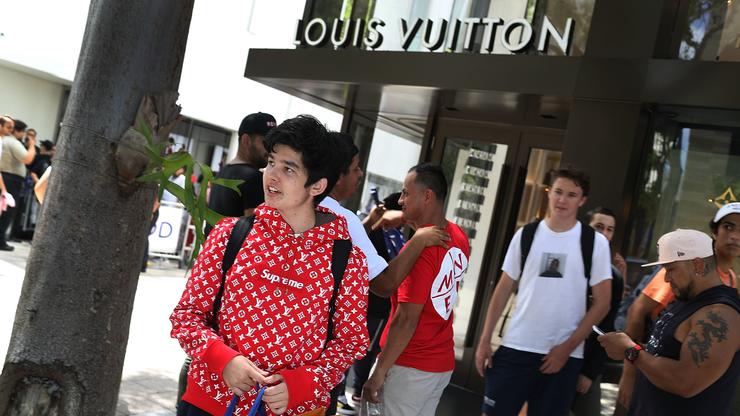 Supreme is one the biggest streetwear brands in the entire world and every season, they come through with a huge collaboration with Nike. Over the past few seasons, some streetwear enthusiasts have complained about the Supreme x Nike ranges as they’ve been looking for a bit more creativity. When it was revealed that Supreme would be putting its mark on the Nike Air Force 1 Low, there was a real sense that the creativity would be reinvigorated.

Today, Supreme unveiled their Air Force 1 collab and let’s just say, they definitely did something. As you can see in the post below, there will be two colorways the shoe. The first one is triple-white and the second is the triple-black. Supreme adds their own stamp to these iconic colorways by adding a red Supreme box logo to the side near the back heel. These are set to drop during the Supreme Spring/Summer season.

Supreme made very few changes to these sneakers and fans are already polarized. Some think minimal branding is incredibly lazy while others like the fact that Supreme is keeping it simple. Either way, the resale prices are going to be insane and the changes won’t necessarily warrant them.

Let us know in the comments below what you think and whether or not you plan on copping.