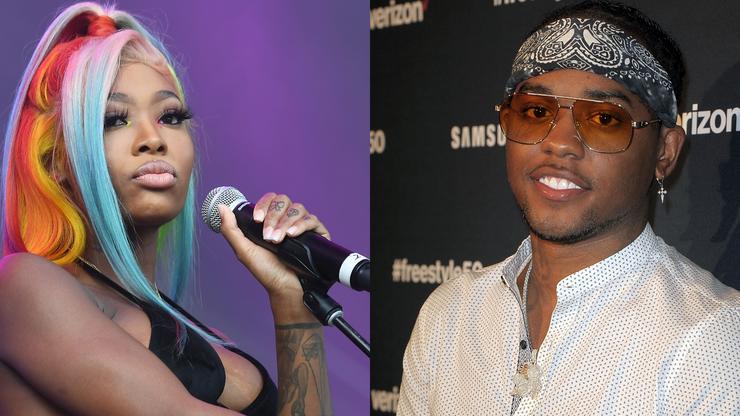 Summer Walker clapped back at a fan after they insinuated that her on-again-off-again boyfriend and baby daddy, London On Da Track cheated on her.

It’s getting harder and harder to keep track of how many times Summer Walker and London On Da Track have broken up and gotten back together. But this breakup — however long it lasts — seems far messier than usual, since she just publicly retaliated at a fan for saying London cheated on her and that she “disrespected his BMs.”

Over the weekend, Walker aired out her dirty laundry on Instagram, leading fans to believe that she and London are, once again, broken up. “I should really out this bum ass n*gga @londonondatrack,” she wrote. “I could really f*ck up life… lol but… I’m not. For now. lol for now ima just take my L.” Adding, “A whole b*tch.” To make matters worse, she went on to attack London as a father and his baby mamas.

After a fan commented on one of Walker’s posts, saying: “YOU disrespected his BMs and took him back after he cheated on you. Why are you trying to act surprised?,” she fired back with: “1st, if that n*gga ever cheated on me I ain’t never found out & damn this perspective is so annoying.”

“I never disrespected his baby mamas, I don’t even be thinking about them,” she continued. “I retaliated cause I ain’t no hoe. Ain’t nobody bout to keep being nice tryna sing kumbaya big happy family when they keep constantly disrespecting me. I’m going to curse you out every time. lol who raised y’all to just let mfs talk you crazy time after time and you never say sh*t back.”