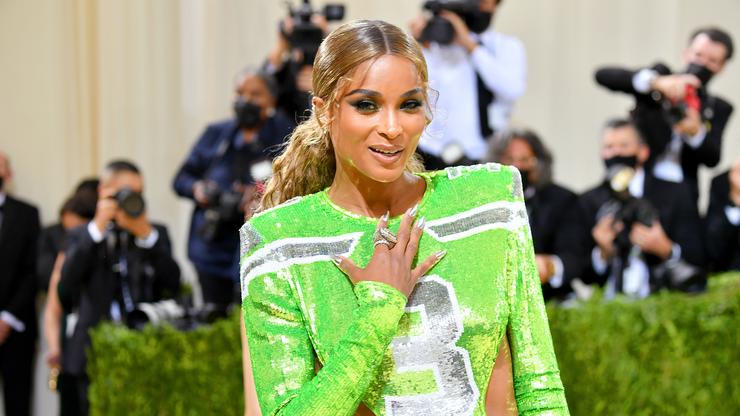 Ciara’s stunning Selena look is a tribute to the late singer and separately, Sukihana fired off tweets about disliking Selena costumes.

Herr antics both on screen and on social media have caused havoc a time or two, but simultaneously, Sukihana is a beloved personality. She gives outlandish takes on pop culture and shares so much of her personal life with the world that it gives some people pause, but the rapper’s viral moments have made for entertainment that her fans enjoy.

It is Halloween weekend and it seems as if everyone is either giving their opinions on what people should wear or showing off their best outfits. Ciara jumped online with a tribute to the late icon Selena, and immediately she received praise. Amid the applause, Sukihana sent out tweets criticizing those who continue to don Selena’s look each year.

“All y’all hoes love being Selena every Halloween, hoe be Harriet Tubman for once.. Don’t even know that lady songs,” she wrote. “All y’all know is beedy beads bumpa or what ever tf she be singing. Selena don’t want y’all to keep dressing up as her for Halloween.” The tweets were quickly shared on multiple social media platforms and people called out Sukihana for allegedly targeting Ciara. However, she denied that her posts had anything to do with the singer.

“Ciara is unproblematic and literally doesn’t bother anybody Stop tryna put me against her,” Sukihana shared on her Instagram Story. “I ain’t even seen her costume. it was a joke but I said what I said [crying laughing emojis]. I you can’t laugh kiss my [surprised emoji]. After Hollywood Unlocked reposted her message, she added, “Kiss my dookie shooter to whoever mad idgaf.”

Check out Sukihana’s posts, and get a good look at Ciara’s costume, below.