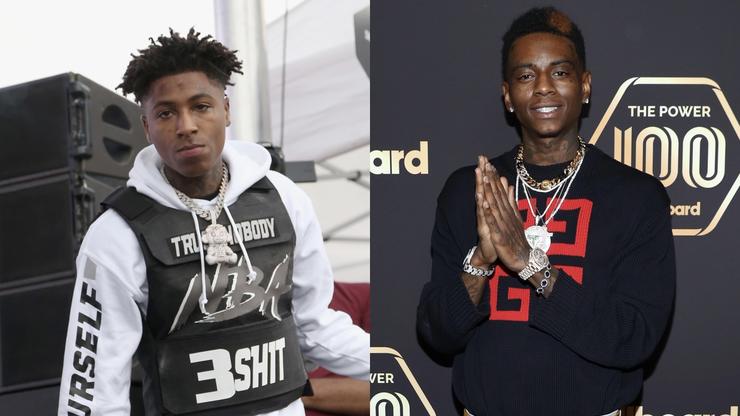 Big Draco came through with the receipts.

During his appearance on Akademiks’ Off the Record podcast, Soulja Boy let listeners in on a little secret – he could’ve signed YoungBoy NBA. The “Pretty Boy Swag” rapper shared that YB actually DM’d him back in 2016, and on Friday, November 12th, he shared the receipts.

“I could have signed YB but by the time I finally seen his DM he was already signed,” Draco captioned a series of screenshots posted to his Instagram. “I’m 16 from Baton Rouge link in #mybio,” a message from the young star on January 19th, 2016 reads. In February, Kentrell tried again, sending Soulja another message.

“Waddup,” the 31-year-old wrote back, to which YB said, “Whatup.” The conversation didn’t go anywhere after that, but in October of the same year, Soulja Boy finally hit him back. “I’m f*ckin wit u let’s work,” he wrote, promptly sending his phone number after.

On Off the Record, the Chicago native told Akademiks that he didn’t see NBA YoungBoy’s message until some time had past, and by then, the Sincerely, Kentrell artist’s dedication and talent had already gotten him recognition at a different label.

Speaking of receipts, Kanye West also recently dropped some off, showing that he offered up an apology to the “Kiss Me Thru The Phone” artist after leaving his verse off DONDA. The two were famously feuding earlier this year, with Ye offering up an explanation for his decision during his first episode of Drink Champs this month.

The father of four revealed that he thinks Soulja Boy is undoubtedly influential, but simply put, the verse he sent wasn’t very good.

Check out the full episode of Soulja Boy on DJ Akademiks’ Off the Record below.