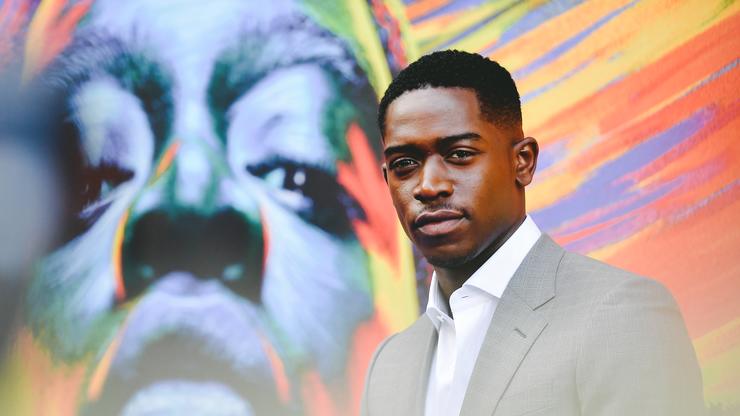 The British actor took the lack of Emmy nominations in stride, as he thanked fans for their support.

Snowfall‘s Damson Idris took to Twitter on Tuesday to react to the show’s evident lack of nominations at this year’s Emmy awards, showing his appreciation for fans of the popular TV series, despite its lack of recognition from the award show voters. The FX show has just wrapped up its fourth season, which was mostly shot in 2020 under pandemic restrictions, adding more difficulty to the production. In the series, Idris plays a young Franklin Saint, who is a drug dealer based in Los Angeles during the 1980s.

“We were not nominated for anything this year. But God bless all the amazing supporters of #SnowfallFX. We love and do it for you. See you soon,” Idris tweeted following the release of this year’s nominations.

The FX show was expected to receive nods at this year’s Emmys in the categories of Outstanding Drama Series and Outstanding Leading Actor in a Drama Series. Instead, The Boys, Bridgerton, The Crown, The Handmaid’s Tale, Lovecraft Country, The Mandalorian, Pose and This Is Us took in nominations for the former, while Sterling K. Brown, Jonathan Majors, Josh O’Connor, Regé-Jean Page, Billy Porter and Matthew Rhys beat out Idris for nominations in the latter category.

Snowfall is a fictional exploration into the seeds of the crack cocaine epidemic that plagued communities of color in the early 1980s throughout the United States. It tackles the epidemic from different angles – Idris’ character as the boots on the ground dealer, showing the first-hand effects of the drug on the communities he serves, Mexican crime bosses, along with the storyline on CIA operative Teddy McDonald, highlighting the authorities’ role in the epidemic.

Despite the show’s snub at this year’s Emmys, it will continue on with a fifth season, after FX renewed it in late March just about midway through the airing of the fourth season. The latest season wrapped up on April 21, and production has yet to start on the fifth season, so fans excited to see the show’s story continue will presumably have to wait a while longer.

What do you think of the show’s snub from this year’s Emmy nominations? Let us know in the comments below.