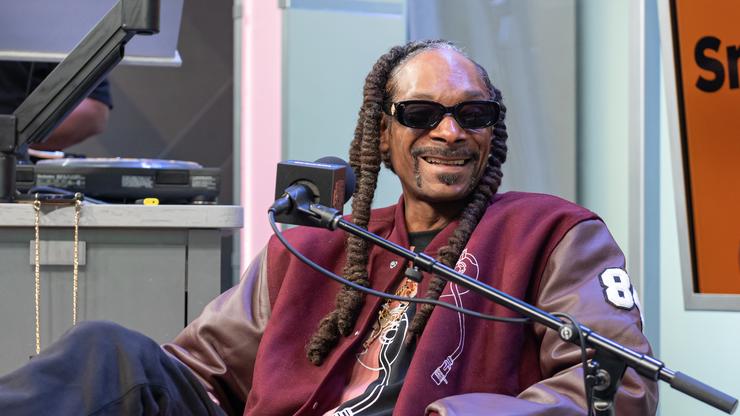 Snoop Dogg is a Caniac.

Snoop Dogg‘s Fall 2021 has been active and entertaining. Along with a new gig at Def Jam and an upcoming album, Snoop is still able to do his usual side missions without breaking a sweat.

Snoop had just gotten done performing at Fayetteville venue JJ’s the night before (Nov. 10), with guests like Rob Schneider in attendance. His reason for being at Raising Cane’s is that he was assisting Todd Graves, founder of Raising Cane’s, with his new television show Restaurant Recovery.

Several videos and pictures of Snoop went viral, as he is either handing people their drinks and orders at the drive-thru or working behind the register inside of the restaurant.

Perhaps Snoop also used this opportunity to promote his resurgence, as he is putting the finishing touches on his upcoming studio album The Algorithm, set to release next Friday (Nov. 19), which some say is a high quality project. There have already been two promotional singles released for The Algorithm, “Big Subwoofer” with E-40, Too Short and Ice Cube and “Murder Music” with Benny the Butcher, Jadakiss and Busta Rhymes. It appears like Snoop plans to have a stacked roster of lyricists for the album.

No matter what phase of his career it is though, Snoop’s most reliable trait is his ability to put a smile on his fans’ faces.

Take a look at Snoop Dogg working at Raising Cane’s below.