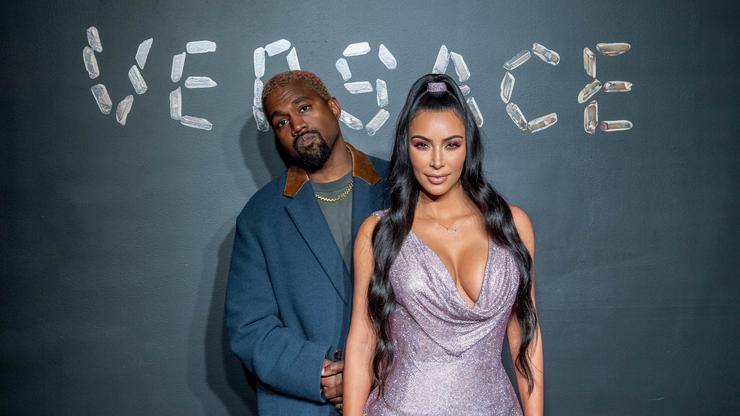 Ye asserted on “Drink Champs” that his estranged wife didn’t have a choice when she made a joke about their divorce on TV.

Many people were unsure how to feel when it was announced that Kim Kardashian would be hosting an episode of Saturday Night Live last month, but the reality star undeniably killed her performance – landing all of her jokes, and even scooping up a rumoured new fling in the process.

Back in February, the Keeping Up With the Kardashians star filed for divorce from her husband of seven years, Kanye West. The two have had a rocky relationship over the years, with the constant pressure of being in the spotlight and Ye struggling with mental health issues from time to time. During a recent appearance on the Drink Champs podcast, the “Stronger” rapper made it abundantly clear that he hopes to reconcile with KKW.

“[It’s] no joke to me. My kids want their parents to stay together. I want their parents – I want us to be together,” the father of four told N.O.R.E. and DJ EFN. “SNL making my wife say ‘I divorced him’ on TV because they just wanted to get that bar off, and I have never seen the papers. We’re not even divorced.”

After the interview, a source close to the SKIMS founder shared that she’s “not surprised” by West’s comments, but she has no desire to rekindle their relationship. In fact, a recent TMZ article says that Ye isn’t telling the truth about what happened on SNL. Apparently, his wife’s opening monologue was written ahead of time without help from the show, including the line about their ongoing divorce.

Reports say that the socialite’s speech was largely unchanged from what she arrived with, give or take a few suggestions here and there from cast members. KKW may acknowledge the technicalities currently keeping her marriage together, but she still considers herself a free woman, which is why she’s been spending so much time with SNL actor Pete Davidson lately.

The Chicago native’s claims about not having seen any paperwork have also been debunked – West has even signed off on Kardashian buying their former family home from him for $23 million.

Although headlines say that the producer is “not happy” about Davidson being in the picture, he appears to have a fling of his own going on with a 22-year-old model named Vinetria, who he’s been seen spending plenty of time with.

What are your thoughts on the ongoing Kimye drama? Drop a comment and let us know.