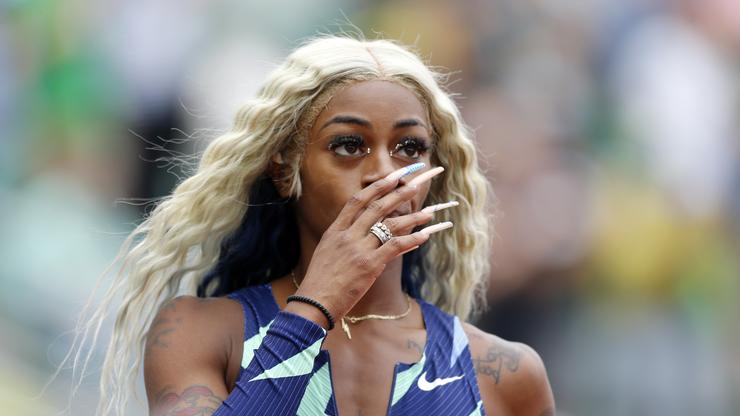 Unbeknownst to Sha’Carri Richardson, the Drake curse may be back in full effect. The Canadian superstar recently unleashed his sixth studio album, Certified Lover Boy, and on the standout track “No Friends In The Industry,” Drake rapped, “And I’m like Sha’Carri, smoke ’em on and off the track.”

While many fans respected the sentiment behind the bar, the song went on to trend on social media because skeptics of the controversial track star don’t think that bar has aged well. Last month, in her first race back after being suspended and barred from the Olympics due to her marijuana use, Sha’Carri Richardson infamously placed last in her race at the Prefontaine Classic. Now, it appears that the bar has jinxed the 21-year-old athlete even further.

On Friday, Sha’Carri Richardson competed in the Women’s 200m race at the Diamond League in Brussels, Belgium, which saw her face off against Olympic silver medallist Christine Mboma. With all eyes on Richardson to redeem herself once again, the talented track and field athlete finished the race in fourth place, behind Christine Mboma, Shericka Jackson, and Dina Asher-Smith.

Watch a clip from the final moments of the race below.