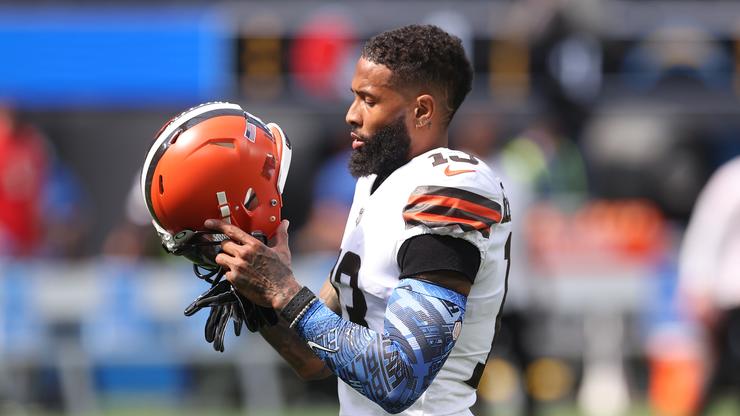 Rams fans are eager to see Odell in a Rams jersey.

Odell Beckham Jr. is now a member of the Los Angeles Rams which means the team is now even more stacked than they were before. The Rams had reportedly been scoping OBJ out since 2017 as Sean McVay had an obsession with the wide receiver. He is ready to cook up a ton of plays for the superstar, and there is a very good chance we see him boost his stats compared to what we saw out in Cleveland.

Today, Odell landed in Los Angeles where he took part in a physical that will determine what kind of shape he’s in moving forward. Needless to say, there is a lot of excitement around the Rams right now, and fans can’t wait to see how he enhances the offense.

During a press conference today, McVay was asked about Odell and whether or not the wide receiver would be available to play on Monday night against the San Francisco 49ers. In the end, McVay gave a non-answer, noting that he doesn’t know yet, however, if Odell feels as though he is ready to play, he will get to take the field.

It takes a bit of time to figure out an offense, although with McVay tailoring his offense to his wideouts, it’s safe to say that OBJ will be able to adapt quickly.

Stay tuned to HNHH for more updates on this developing story.