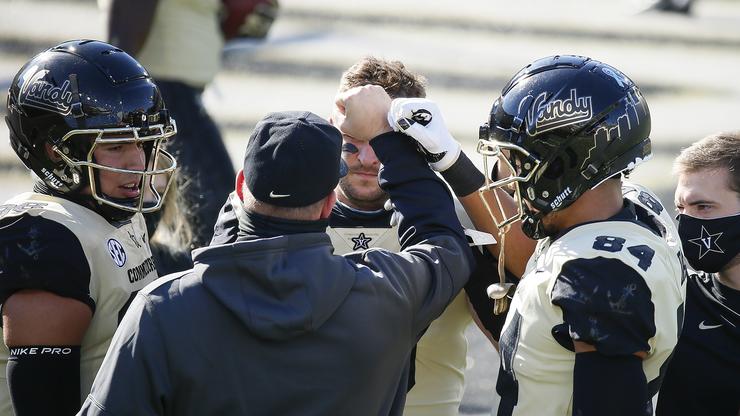 Vanderbilt kicker Sarah Fuller became the first woman to score in Power 5 football game, Saturday, after kicking a successful extra point attempt in the first quarter in the team’s game against Tennessee.

The extra-point attempt came after Ken Seals’ impressive 18-yard touchdown to Cam Johnson. Her teammates and coaches were waiting on the sidelines to congratulate her while her family watched from the stands.

Fuller, who plays goalkeeper for Vanderbilt’s SEC championship women’s soccer team, joined the football team just days before last month’s game against Missouri, when many of the team’s players were quarantined due to  COIVD-19. In that matchup, she became the first woman to play in a Power 5 football game.

“I just had a few days to learn how to do this,” Fuller told CNN’s Anderson Cooper. “At first, there wasn’t a lot of pressure … I was just proud I was able to step out there and do that and represent female athletes.”

“So, you just need to be determined in what you’re doing and just be passionate about it,” she continued. “If it’s something you really want to accomplish, don’t let those down moments and barriers hold you back from what you want to achieve.”