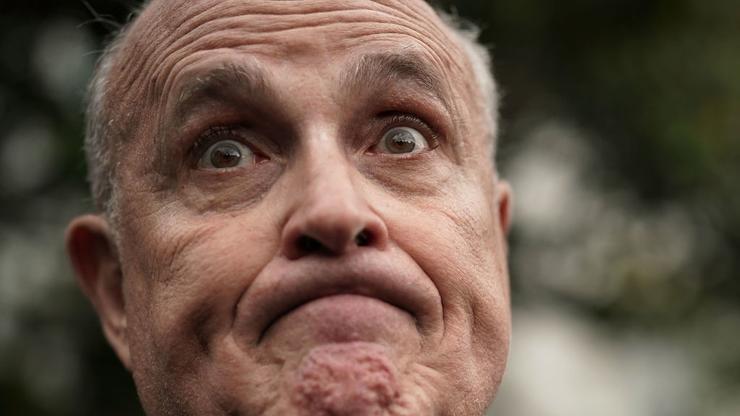 After adamantly calling the election results into question, Rudy Giuliani has been hit by a $1.3 billion lawsuit from Dominion Voting Systems.

Circumstances can change in a blink of an eye, and though Rudy Giuliani once found himself in a position of power, it would appear that his fortunes are taking a turn for the worst. Following his role denying the authenticity of the most recent U.S. election, which ultimately led to the end of Donald Trump’s Presidency in a single term, Giuliani has been officially hit with a massive $1.3 billion lawsuit courtesy of Dominion Voting Systems.

For some context, Dominion is the company that designed the voting software and hardware used to tally the votes in the most recent election; they also provided machines used to tally the Georgia votes, which ultimately sparked plenty of skepticism from those in denial. According to a report from CNN’s Kaitlyn Collins, “Dominion Voting Systems has filed a $1.3 billion lawsuit against former President Trump’s attorney Rudy Giuliani, accusing him of peddling “demonstrably false” allegations that resulted in harassment and death threats for employees.”

She also confirms that Guiliani has issued a response to the lawsuit, appearing unfazed by the gargantuan number. “It will allow me to investigate their history, finances, and practices fully and completely,” he states, as per Collins. “The amount being asked for is, quite obviously, intended to frighten people of faint heart. It is another act of intimidation by the hate-filled left-wing to wipe out and censor the exercise of free speech, as well as the ability of lawyers to defend their clients vigorously. As such, we will investigate a countersuit against them for violating these Constitutional rights.”

It should be noted that Election Officials did not find any voter fraud, though that did not stop Giuliani from calling results into question at every turn. Dominion maintains that his words had a negative impact on their brand, as well as the safety of its employees, some of whom even received death threats. With Giuliani resolved to fight this one, expect further developments to occur — keep posted to see how this one unfolds.