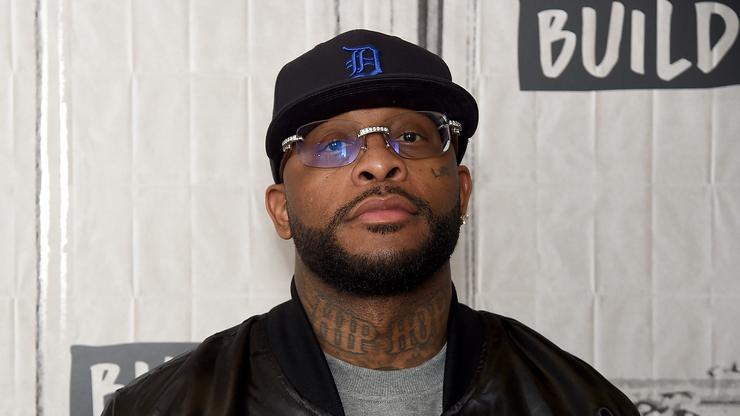 Tekashi 6ix9ine shared a video of himself handing out $50K to a family in need, and Royce Da 5’9″ approves.

6ix9ine’s career has taken a tumble ever since his incarceration but his entire momentum collapsed the moment news emerged that he was cooperating with federal authorities. However, it seems like with his new team, which includes Wack 100, he’s ramping up for a big comeback.

With the release of his new single, “GINE,” 6ix9ine wanted to spread the love with a publicly broadcasted act of kindness. On Monday, the rapper shared a video of himself handing out $50K USD (1,000,000 pesos) in cash to a family in need in Mexico. “I GAVE A FAMILY 1,000,000 dollars … this family didn’t have water or electricity…… remember yesterday I told you guys every week I will try to give away 50,000 to someone random … This is GINÈ GINÈ,” he wrote.

The video revealed 6ix9ine pulled up on the side of a road where a family was living in poor conditions before gifting them with a bag filled with cash.

Despite how the hip-hop community feels collectively about 6ix9ine, Royce gave the “GUMMO” rapper his credit for using his resources to help people in need. “I don’t care what he is.. This is dope,” Royce wrote.

Prior to sharing the video from Mexico, Tekashi revealed that he planned on handing out $1,000,000 in total through weekly $50K giveaways. He shared a video where he handed a family selling flowers on the side of the road $20K in cash.