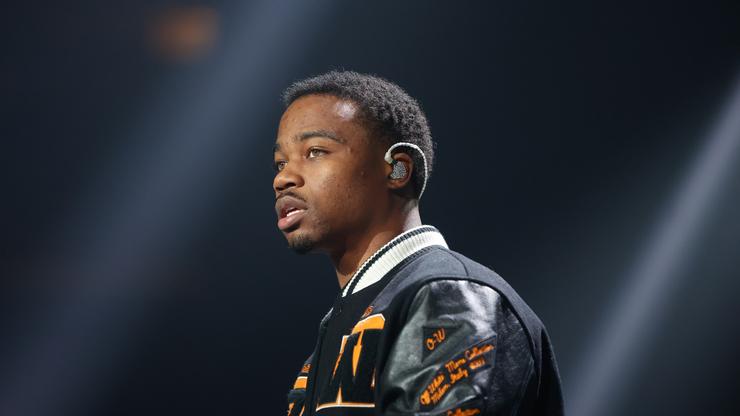 Roddy had some hot takes on his new album.

Roddy Ricch’s new album LiveLifeFast is a momentous occasion for the 23-year-old melodic rap prince. With features from his trap colleagues like Future, Lil Baby, Kodak Black, 21 Savage, Takeoff and more, the sophomore effort evoked an entire spectrum of opinions.

As he passionately crooned and aggressively rapped at times on the album, Roddy made it clear how aware he was of the rap landscape in his two-year absence since Please Excuse Me For Being Antisocial. On the album’s eighth song “no way,” which features a closing skit from Jamie Foxx where he references his 2004 song “Slow Jamz” with Kanye West, Roddy name dropped a few of his colleagues.

Swiftly after the first rendition of the hook, Roddy explains how strong his connections are and how appealing he is to women by shouting out his Compton idol Kendrick Lamar and his blossoming cousin Baby Keem for their hit song from this year “Family Ties.”: You know I’m supreme / I got family ties like I’m K-Dot and Baby Keem / I got b*tches that know what I mean / Toot her up and I f**k on the ting / No way, no way, no way, no way”

Later in the song’s second verse, Ricch laments on how he’s seen people he’s close to switch sides on him, and eventually become opposition. To illustrate this point, he referenced 6ix9ine’s infamous “rat” controversy: “I got n****s that’s on the fort yard, went four times, on this fifth time / Ever seen snake turn to a rat like 6ix9ine? / Got a Rolls-Royce with the thick back and I got a bitch, thick spine / Put a green beam on lil’ Glock, best believe I’ma get mine”

6ix9ine has become and easy target for disses, as essentially the face of ratting. Roddy Ricch‘s jab at him has not led to any controversy yet, but perhaps 6ix9ine has yet to catch wind of it.

Check out Roddy’s new song “no way” below.