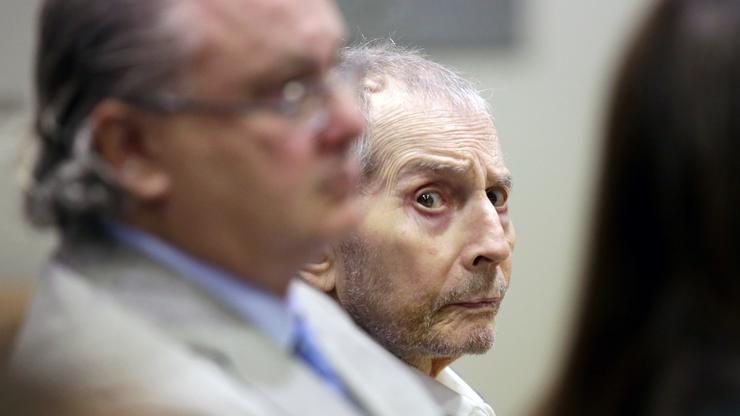 In 1982, Durst’s wife went missing and Berman was reportedly going to meet with the LAPD about the case.

Mystery seems to follow Robert Durst, but today was the first time he faced a conviction. Durst comes from the long line of wealthy real estate developers, but it wasn’t his family’s money that has caused him to be a sensation in true crime circles. In 1982, Durst’s wife Kathleen disappeared without a trace, never to be heard from again. In 2000, his best friend Susan Berman was shot and killed, and in 2001, the dismembered remains of Durst’s neighbor Morris Black were found floating in Galveston Bay.

Durst was never prosecuted in connection to his wife’s disappearance, but her family believes he murdered her. Berman was the daughter of 1940s Las Vegas gangster David Berman, and in 2000, she was found shot execution-style in her California home.

Just prior to her death, Berman reportedly told Durst that the Los Angeles Police Department wanted to speak to her about Kathleen, but that meeting never materialized. It was speculated that Berman planned to tell authorities that she previously gave Durst a false alibi when asked if she was with him when Kathleen vanished.

“The jury’s decision demonstrates how our legal system can work to hold accountable people regardless of their wealth and status in life,” Los Angeles County District Attorney George Gascón said. “I want to commend our prosecution team and investigators for their diligent work to ultimately bring justice for those who have been waiting more than 20 years.”

In 2003, Durst was tried for the murder of Black but ultimately acquitted. The 78-year-old will reportedly return to court on October 18 for sentencing.