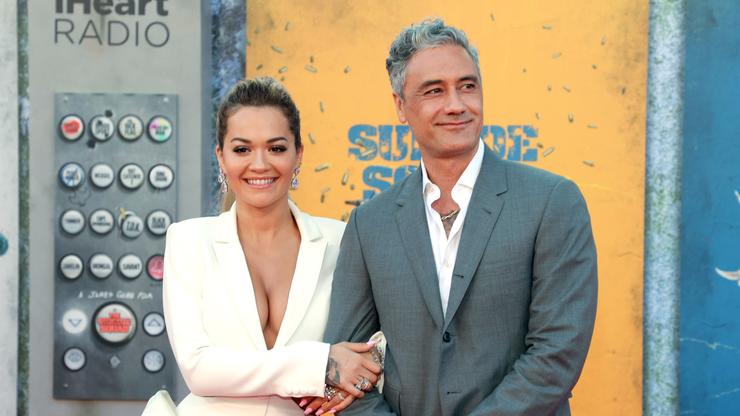 This marks Rita Ora and Taika Waititi’s second public appearance as a couple.

Rita Ora and Taika Waititi’s relationship has been largely hidden from public view, although rumors of their romance first emerged earlier this year. Besides the candid photographs of the couple sharing an intimate moment with actress Tessa Thompson in May, the press has mostly stayed out of the pair’s business. However, 45-year-old director Taika and 30-year-old singer Rita took it upon themselves to debut their relationship on Monday at the premier of The Suicide Squad, with Waititi donning a gray suit and Ora, a white suit dress.

The couple first went public in late April at the premiere of RuPaul’s Drag Race Down Under, just weeks before being photographed with Thompson. In response to questions about the pictures of the trio, Waititi told the Sydney Morning Herald: “I think in the world of the internet, everything goes away pretty quick… And also, ‘Is it that big a deal?’ No, not really. I was doing nothing wrong. It’s fine.”

The singer’s list of previous romance include high-profile musicians like Andrew Watt and Calvin Harris, though it seems her eye has shifted to directors. Waititi, who is currently in the process of directing the upcoming Thor: Love and Thunder movie, has been separated from wife Chelsea Winstanley, with whom has two children, for years.

Fans took to Twitter to celebrate the couple, as well as (continue to) bash Ora for mistakes she made during the COVID-19 pandemic, which included hosting an illegal birthday party.

Check out their red carpet debut below.