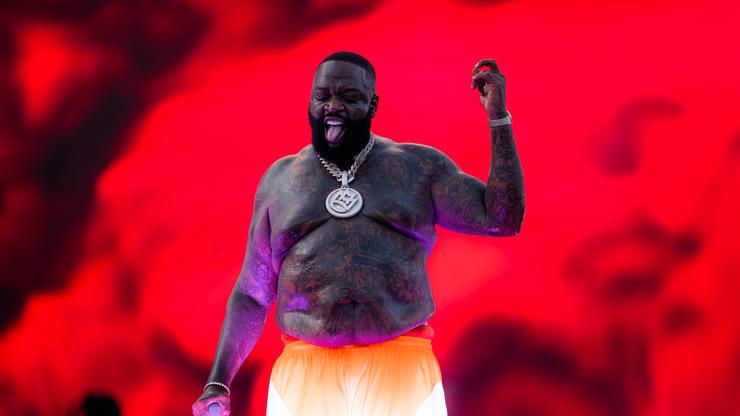 Rick Ross has a strong distaste for those who beg to get what they want.

Rick Ross is one of the most successful artists in all of hip-hop. He is a man who knows a lot about his craft and he has always prided himself on being a boss who knows how to maneuver in the business industry. He has made millions of dollars throughout his career and he certainly knows what it takes to get what you want, when you want it.

With this in mind, there is no doubt that Ross is the perfect person to give advice about the business world. In fact, recently, he took to his Instagram account where he offered some very sound advice on getting what you need for your future ventures. Effectively, he said the big key is to not beg for anything, as that will get you absolute nowhere.

“I already know how it go. That’s why I go hard, because I know how it go,” Ross said. “You could be in a room full of the wealthiest mutherf*ckas in the world and tell them, ‘I have nothing, I’m hungry.’ And they’re going to look at you and say, ‘Well what the f*ck are you doing standing next to me begging? Why the f*ck aren’t you working?’ ‘What the f*ck have you established? What have you done with yourself since the f*cking beginning of time? Where’s your brother, where’s your mother, where’s your father, where’s your f*ckin’ kinfolk? You don’t have any friends? You don’t have anything to establish yourself or worth something in anyone’s life?’ That’s what they’re going to tell you. So, if you think begging is going to get you something, you f*cked up.”

If there is anyone you should listen to about the business world, it should be Ross. While what he said might come across as harsh to some, this is definitely the stuff you need to hear.

Let us know what you think of his remarks, in the comments down below.