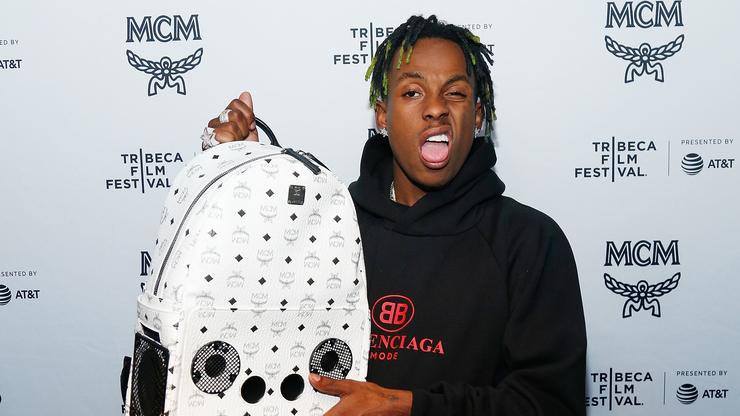 He claims he wasn’t speaking about veterans who “opened doors” for artists such as himself.

Some people thought Rich The Kid was taking a shot at Rap and Hip Hop’s legend in a recent post he shared to Instagram. The Rich Forever Music rapper has developed a reputation for being unfiltered on social media, often sharing his thoughts without a care as to who is offended. There have been allegations that he’s been just as crass in real life as it’s been reported that the rapper has been kicked out of hotels and off of flights. Regardless of his alleged unfavorable moments, Rich The Kid is ready to build his record-breaking empire and he called out more mature artists who lack ownership over their projects.

“You old n*ggas been rapping 100 years & still don’t own masters,” Rich wrote on his Instagram Story. “Let that sizzle in ya spirit.” After his post caused a stir, the rapper swiftly returned with a bit of an explanation of his initial thought. “When I said old n*ggas I really meant old n*ggas who tryna act young but don’t own they sh*t, not the OG’s ! I respect the OG’s that opened doors for me!”

“Now I’m tryna promote ownership n*ggas get mad cause they don’t own they sh*t,” he continued. “Sad.” As we wait to hear what Rap’s veterans have to say about this, check out Rich’s posts below.