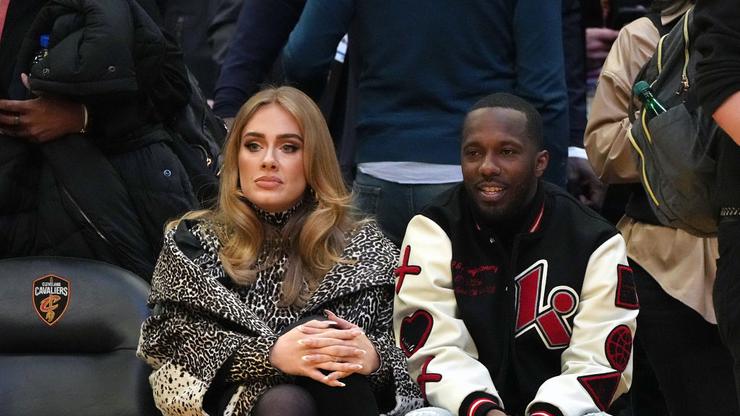 Adele and Rich Paul were having reported relationship troubles earlier this year.

While Adele was ringing in her 34th birthday, her boyfriend – sports agent Rich Paul – was spotted out and about in Miami with LeBron James. As Page Six reports, the English songstress was nowhere to be found as her man hung out with his client as well as Kevin Love, Stephen Ross, and Maverick Carter on Thursday night.

The party took place in the midst of Formula 1’s Florida takeover at the American Express Presents Carbone Beach dinner party. Paul is said to have spent the night “schmoozing with his friends at the bar and posing for photos”; tickets for the event cost a reported $3,000 each.

Although Adele didn’t spend the evening with Paul, it remains unclear if they spent time together earlier in the day. For her part, the 33 hitmaker shared that she’s “never been happier!” in a celebratory Instagram post.

“What a difference a year makes!” she wrote. “If time keeps healing and smoothing out all the creases in my life like it does as the years fly by, then I can’t wait to be 60!”

“So many lessons, so many blessings to be grateful for. This is 34, and I love it here! Thank you for the birthday love as always x,” the mother of one concluded.

Adele’s rep didn’t immediately respond to Page Six‘s request for comment, but it has been noted that she and her beau were rumoured to be having some troubles earlier this year – read more about that here, and tap back in with HNHH later for more pop culture news updates.