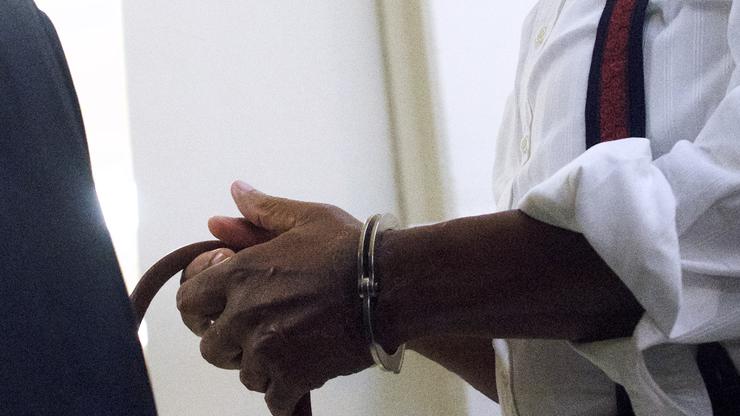 Police allege that while performing in Louisiana, Gunnin shot another man.

Another rapper is facing serious charges and this time, he hails from Mississippi. Magnolia State Live reported on 25-year-old Yungen Gunnin, real name Jordan Johnson, a rapper from the Pelican State who was allegedly involved in a shooting that occurred at a nightclub in Jonesville, Louisiana back in December 2018.

Authorities alleged that Gunnin was performing at Suga Shak when he shot and killed 23-year-old Da’John Mitchell.

Investigators reportedly called Gunnin “a known gang member” who was later arrested at his home in Natchez, Louisiana.

District Attorney Brad Burget, said Johnson had a person filming his performance when Mitchell allegedly bumped into a stage member and a fight between Mitchell and Johnson broke out. Johnson reportedly shot Mitchell in the back with a .380 pistol he had on him and continued to fire at Mitchell four more times after he hit the floor.

This isn’t Yungen Gunnin’s first run-in with the law; at 18, he reportedly pleaded guilty to three counts of aggravated assault in connection with a shooting that took place in 2014. In that case, Gunnin and three other teens allegedly shot at several men making their way through an apartment complex. The shooting didn’t end a fatality, but three victims were injured.

In 2016, Gunnin was reportedly sentenced to “10 years in prison with five years suspended and five years post-release supervision on count one; 10 years to run concurrently on count two; and 10 years with five years formal reporting, meaning he had to report to a parole officer, on count three.”

He was reportedly on probation during the Suga Shak shooting incident. Gunnin was convicted of second-degree murder and felon in possession of a firearm. His prison time for his most recent case is unclear.