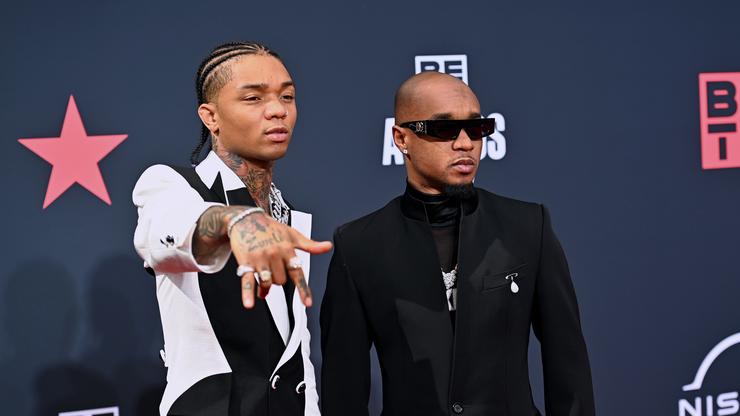 Rae Sremmurd will be back next week.

Rae Sremmurd is one of the best duos in hip-hop, although it has been a while since Swae Lee and Slim Jxmmi gave us a full-length project. Their first three bodies of work were heavily rated by fans, and they are certainly known for cranking out the hits. With that being said, fans are waiting for their fourth project, and it seems like that could very well be coming soon.

With Sremmlife 4 seemingly on the horizon, it should come as no surprise that the duo is looking to drop some new tracks as a way to tease the album. In fact, the two got on Instagram recently to promote a brand new single which is set to release on August 8th, which just so happens to be Monday.

This track is called “Community D**k” and it is going to feature Flo Milli, who has become a sensation over the past couple of years. As you can tell from the snippet, the instrumental is bouncy and soulful, and when you consider the name of the track, you can imagine that it’s going to be pretty raunchy.

Stay tuned to HNHH as we will be sure to bring you the track once it is officially released. Also, let us know how excited you are for the song, in the comments down below.