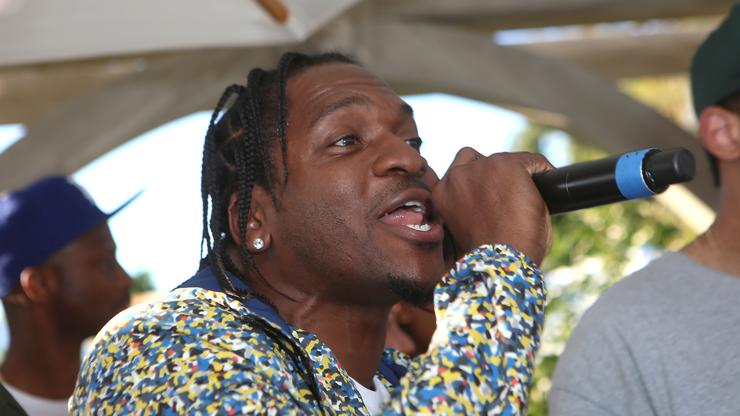 Pusha T appears to agree with a fan’s take about his impact on Drake’s position in hip-hop.

Pusha T hasn’t released any new music recently but there’s an album that’s apparently on the way. However, the rapper’s been back in the limelight —  at least on social media –– this week following the release of both Donda and Drake‘s Certified Lover Boy. Their feud has been well-documented but Push has slyly thrown shade in Drake’s direction over the past few days.

At first, Pusha T liked a tweet that observed the first and second-day streaming numbers between Drake and Kanye. The latter took the lead on the second day of full-day streams while the former shattered Spotify and Apple Records within the first day of streaming. Of course, the Internet took notice immediately but it wasn’t enough to garner a response from Drake.

Pusha T is apparently still scrolling the timeline in search of Drake slander. Earlier today, fans noticed Pusha T liked a tweet that suggested he managed to push Drake out of hip-hop. “crazy how pusha t literally managed to push drake out of hip hop entirely,” the tweet reads. It’s not really an accurate claim but Pusha T went ahead and clicked the red heart underneath the tweet.

While Drake doesn’t address Pusha T on his new album, he definitely did send a few shots at Kanye’s direction on “7am on Bridle Path.” Perhaps, the recent spree of liked tweets could reignite their feud on wax but chances are it doesn’t.