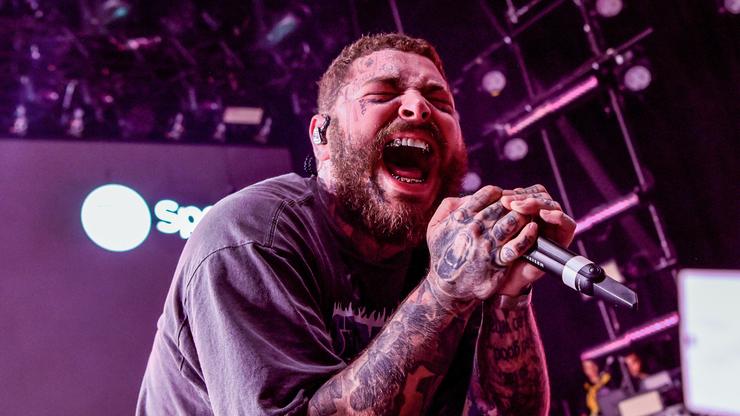 One lucky fan will have the chance to play with Posty as part of his partnership with Whatnot.

Post Malone‘s a gamer with many vices: he’s appeared in Call of Duty campaigns, streams often on Twitch, and was inspired to make music from playing Guitar Hero. Now, he’s partnered with the independent shopping app Whatnot for a one-on-one match of Magic: The Gathering with a fan in Los Angeles, with a potential prize of $100,000 for the musician’s opponent.

While it’s not a video game, Magic: The Gathering is one of the world’s most popular tabletop strategy card games, complete with a rich fantasy aesthetic and setting and a collectible card component. The Twelve Carat Toothache singer is a big fan, and his interactive and unique collaboration with Whatnot is exactly the kind of experience both parties want to bring to fans.

John Walters, Head of Special Projects at Whatnot, said that “Post Malone, both as an artist and as a person, fits perfectly into this growing and supportive community.” He added that the 27-year-old star will be a “formidable opponent” in the showdown.

But HotNewHipHop, you may ask, how can I get the chance to dunk on Post Malone with my deck? Here’s how it’ll work: Post Malone will host a livestream on the Whatnot app on August 4th at 9pm ET. Once fans join, they will be prompted to click the “Enter Giveaway” button on the screen and a winner will be randomly selected.

What if you get selected but don’t know jack about Magic? No problem: professional champion Reid Duke will be there to coach you ahead of the match when you’re flown out to Los Angeles on August 11th for the in-person matchup, which will also be streamed on Whatnot. For more detailed info, here’s the collaboration’s website.

This is Post’s latest trick up his sleeve and comes just after the announcement of a tour documentary on Amazon Freevee titled Runaway set to release on August 12th. The film’s director, Hector Dockrill, said that “being on tour with Post is like every emotion hitting you at once, it’s intense and it’s wild, and our vision was to pull fans into the experience just enough to get a glimpse of this, while leaving the rest to the imagination.”

He’s also recently released a video for his new track with Doja Cat, “I Like You,” and was recently spotted playing beer pong with Dua Lipa and some of the members of the dream-punk band Turnstile.

You can check out the new visual below, and don’t forget to shoot your shot on Whatnot, rise to the occasion, and good luck beating Post Malone in a Magic match.