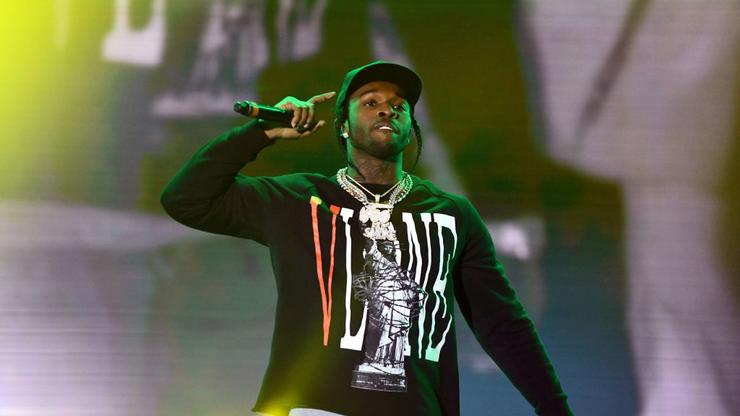 Despite being released last year, Pop Smoke’s “Shoot For The Stars, Aim For The Moon” is 2021’s best-selling hip-hop album.

Pop Smoke‘s sudden death is one of hip-hop’s many tragedies, the impact of which can still be felt to this day. It’s no surprise that many were quick to turn to his first posthumous album Shoot For The Stars, Aim For The Moon, executive-produced by 50 Cent and featuring guest appearances from Quavo, Roddy Ricch, Lil Baby, DaBaby, and more.

Though it was originally released in July of 2020, Pop’s project has been a mainstay on the Billboard charts, shattering records with an impressive run of nineteen weeks atop the hip-hop and r&b chart. At the time of this writing, Shoot For The Stars, Aim For The Moon currently sits in the fifteenth position of the Top 200, impressive considering it’s been over a year since its initial release.

The longevity continues to net impressive statistics for the late rapper, who is currently holding the best-selling album of 2021’s first half, as reported by Our Generation Music. One has to wonder if his upcoming posthumous release, which is all set to be released on July 16th, will see similar success as its predecessor. If the longstanding support of Shoot For The Stars is any indication, it’s clear that the game still has love for Pop Smoke, which will likely translate to success on the Billboard charts.

Look for his next album to arrive next week, and sound off in the comments if you’re excited for another album from the breakout superstar.