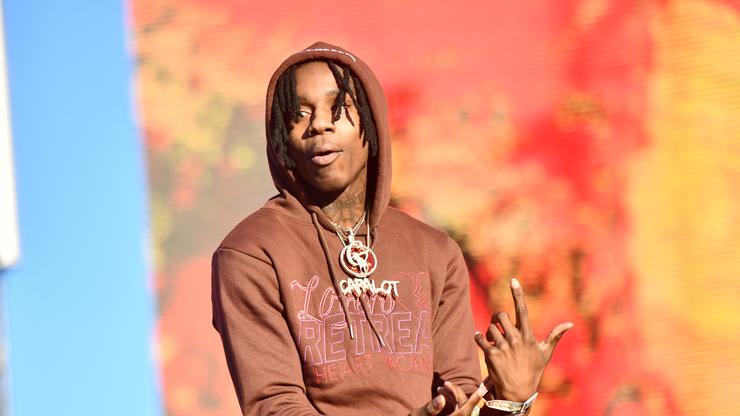 The chart-topping rapper says it’s not just about making a deal with the devil but “goin against what’s morally right.”

It’s unclear what prompted Polo G to fire off his recent tweets, but they’ve sparked yet another conversation about alleged secret societies in the entertainment industry. For decades, there have been rumors and stories shared about nefarious clubs and groups that run the industry, and in order to become a global success with all the money and fame one desires, they have to undergo rituals where they turn over their souls.

You can find all sorts of information regarding these theories online, and Polo G stirred the pot with his recent tweets. “I could neva sell my soul I’m none like those guyz,” the rapper wrote. He specified he wasn’t necessarily talking about some agreement with the “devil.”

Last year, Polo surfaced with questions after there were accusations that he’d sold his soul to the devil and it looks as if he’s addressing rumors once again. “Sellin yo soul ain’t necessarily a contract w the devil,” Polo added. “Sellin yo soul is goin against what’s morally right fa your own benefit So when you snitch you sell yo soul, chase clout, pillow talk to hoes, cross somebody u love for money…just movin Weird in general.”

This may just be a nod to Fredo Bang’s upcoming release “Bless His Soul,” a single featuring Polo G that’s slated to drop at the stroke of midnight tonight. We’ll all have to wait and see, but let us know if you agree that “selling your soul” has a variety of meanings.