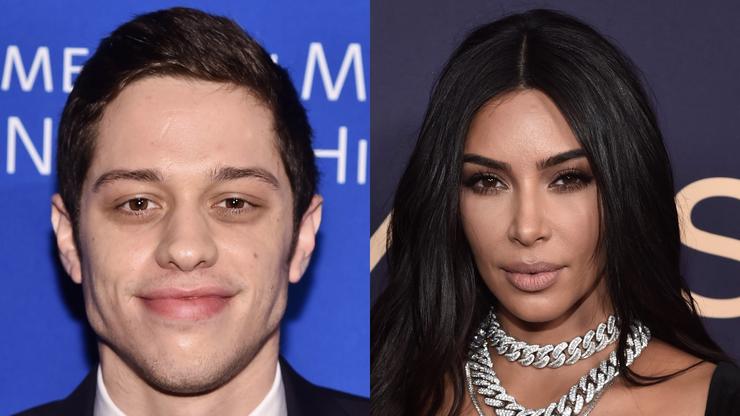 Instead of addressing the rumours, the actor revealed he’s got a new show on the way.

During his appearance on Late Night with Seth Meyers, Pete Davidson discussed some pretty big career moves he’s made, including working with model Emily Ratajkowski on an ad campaign, and gearing up to share the stage with Taylor Swift on a forthcoming episode of Saturday Night Live. What he danced around discussing though, is his rumoured relationship with Kim Kardashian.

The show’s host said to his friend, “I want to address something—I feel like I want to confirm if it’s real or a rumour,” obviously hinting at the headlines that have been coming out as of late. “This is something you’ve been reading a lot about in the press. We appreciate you doing it here.”

The audience quickly began cheering, thinking that they would be getting some insight into exactly what is happening between the mother of four and her new comedian friend. “I’ve been wanting to talk about this because there’s a lot of people I walk by, people are, like, whispering and making eyes at me. But it is true,” Davidson said, teasing viewers.

“I do have a show on Tubi coming out. The Tubi. A lot of people are shocked that I could get on a show like Tubi, but it’s a real thing.” If you’re not familiar, Tubi is an app that came out last year, and focuses on telling stories through short-form episodes, but has now also expanded to include an impressive streaming library.

Davidson’s new series is called The Freak Brothers, and will also star Woody Harrelson, John Goodman, and Tiffany Haddish. We may not have gotten much new information about he and Kardashian, but at least we know he’s staying booked and busy.

See the SNL star on Late Night with Seth Meyers below.