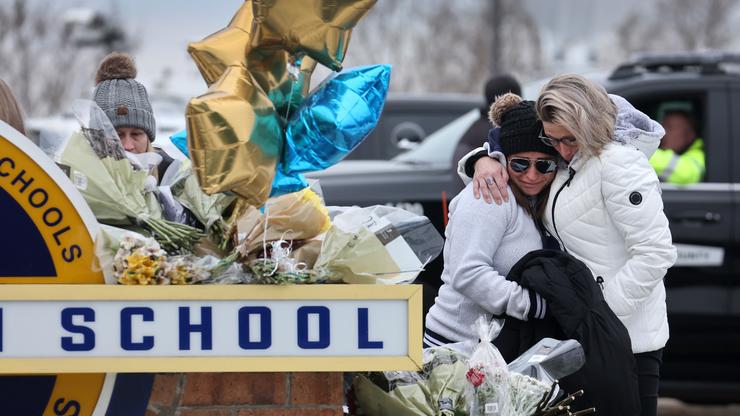 James and Jennifer Crumbley allegedly gifted their son with a firearm, were warned of potential dangers, and texted him during the shooting.

The school shooting that occurred in Oxford, Michigan earlier this week took the lives of four teenagers. Several others were injured and the shooter, 15-year-old Ethan Crumbley, was taken into custody. Videos from the incident showed frightened students and teachers securing themselves in classrooms as Crumbley went from room to room, pretending to be a police officer so he would be granted access.

This story has taken a strange turn now that investigators claim that Crumbley’s parents, James and Jennifer Crumbley, gave their son the gun as a Christmas present and were contacted by Ethan during the shooting. They reportedly responded by texting, “Lol I’m not mad at you. You have to learn not to get caught.”â

Authorities shared during a press conference that the Crumbley parents would also be charged in connection to the Oxford High School shooting, but at the time of this publication, they have not been taken into custody. According to CNN, their attorney claimed they skipped town for their safety.

“On Thursday night we contacted the Oakland County prosecutor to discuss this matter and to advise her that James and Jennifer Crumbley would be turning themselves in to be arraigned,” the statement from attorneys Shannon Smith and Mariell Lehman said. “Instead of communicating with us, the prosecutor held a press conference to announce charges.”

The statement added: “They are not fleeing from law enforcement despite recent comments in media reports.”

Earlier today (December 3), the Crumbley’s reportedly withdrew $4,000 from their bank account about 15 miles away from Oxford. Police were tracking their phones, but the couple reportedly turned them off. Their arraignment was scheduled for this afternoon and now, a fugitive task force has been implemented to locate the two.

Prosecutors allege that the Crumbleys were told by the school administration that their son had exhibited disturbing behaviors, including being shown a drawing depicting a victim of a school shooting. The Crumbleys are facing charges of involuntary manslaughter, four counts for each person who died. If convicted, they face a minimum of 15 years per count while their son is looking at life in prison without parole.